I am proud to announce the 200th posting on my blog! And it's a special entry from me today following one of the most amazing concert experiences I have had, last night at Wembley Arena.

Pete, Sonny and I went to see Fleetwood Mac on their Unleashed tour and had some luck in obtaining front row seats. There's nothing like watching 12,500 people fill up an arena behind you! But better news was yet to come as one of the road crew came out and asked us if we wouldn't mind standing for the show! So we positioned ourselves right on the stage - I was actually touching the stage's carpet! He said that they were happy for photographs to be taken, so I was very pleased with that.

The show itself was truly stunning with a performance to rival any band. We were standing on the Stevie Nicks' side of the stage and she was on great form. I have always been a fan of Lindsey Buckingham's guitar playing, but he blew me away and when he came to our side of the stage for a long guitar solo, he stood right in front of me - his boots were 2 inches away from my hand!

This is the 4th time I have seen Fleetwood Mac and it's by far the best performance I have seen - the choice of songs was brilliant and the sound impressive. The strange thing about being at the very front of the audience is that you don't really hear the main crowd and get the atmosphere, so this was very much about watching the band from close quarters and enjoying the professionalism and performance.

A night to remember. I hope you like these pictures... 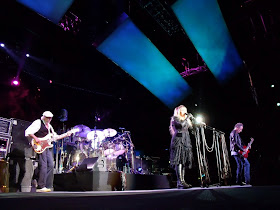 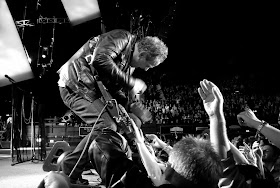 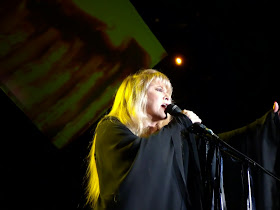 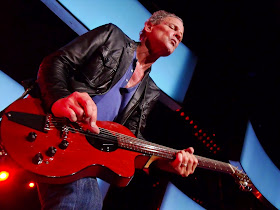