A colorful history plays out in song 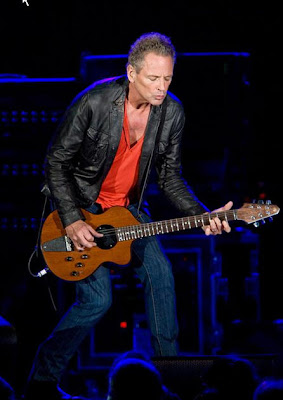 A colorful history plays out in song for veteran band Fleetwood Mac.


“Somebody’s playing a song, and everybody in the room is going, that’s about me right? And of course it’s about you, but what you have to do is let that go, ‘cos if you don’t let that go, you can never play these songs for anybody.” Stevie Nicks is being pragmatic during her BBC 6 interview while reflecting on the emotional turmoil Fleetwood Mac spun into AOR gold during the 70’s and 80’s. The band was at their most prolific but privately they continued to spiral out of control. This was a band that had already experienced its lion’s share of personnel changes, losing founding members to mental instability, religious cults and alcoholism eventually adding cocaine, bed hopping and break-ups to the lyrical mix. Lindsey Buckingham confirms it was never an easy choice to leave the band nor to walk back in again and think you could pick up where you left off without some emotional baggage. But for him, what’s most important these days are the shows. “It was kind of an exercise in denial that really was the only way to get through it, you really had to put your feelings over here and get on with what needed to be done in the rest of the room,” he said. The “Unleashed” tour is Fleetwood Mac’s first in five years and represents the most successful lineup audiences have grown to love with Buckingham, Fleetwood, Nicks and John McVie. Christine McVie left the band on friendly terms after the release of the 1997 album, “The Dance.” She has since relocated to England. Dipping into four decades of songs the band won’t shy away from anything meaning no song is off limits. And the tour has been a successful one. Fans are receiving them well. They want to go back to the "Rumours" and "Fleetwood Mac" albums and relive those moments in time. That’s what fans do. It’s clear the band has not resolved any of the personal issues that eat away at them. But the love of what they’ve accomplished and playing live remind them to keep it together and keep it professional. So far so good.