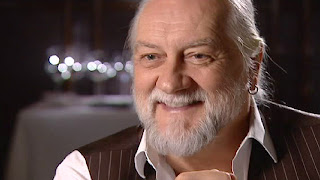 
It's hard to keep up with Fleetwood Mac.

For their quick fire Kiwi visit they flew to New Plymouth in their own chartered jet (Evidently Jetstar doesn't feature among the considerations of international rockstars...)

At all times of course, their security remained ever-close and their band management were ever-managing.

I'm sure many of the Fleetwood fans who trekked to the Taranaki shows didn't even exist in 1980, let alone listen to Stevie Nicks.

It's not that the band hasn't toured, or hasn't played music together& just that New Zealand hasn't featured among their plans.

Still, when you consider Fleetwood Mac's journey in a slightly wider sense, it's incredible they made it here at all.

It's been a drama from day one.

Since then they've survived through drug addiction, toxic inter-band love scandals, and repeated changes to their line up.

It's hard to keep up with the different guitarists they've been through.

One guitarist over did things while taking LSD and simply disappeared for several years, another was kicked out after developing relations with Mick Fleetwood's wife, and another just walked off one day and joined a religious cult.

Over time, the music's changed almost as much as the line-up, but somehow, through it all, Mick Fleetwood has stayed.

As he approaches 63 years of age, Mick Fleetwood accepts he's an ageing rocker.

But with good health, good band relationships - and most importantly good sales - Fleetwood Mac's next New Zealand gig shouldn't be so far away.
Nickslive at Sunday, December 20, 2009
Share