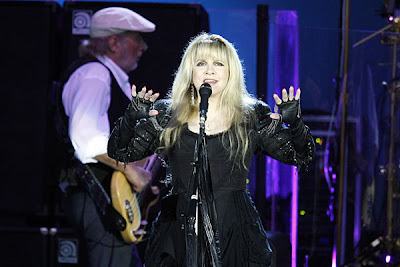 Unashamedly playing their most popular songs the supergroup had taken to the stage 15 minutes earlier than scheduled and managed to avoid the rain for that long.

The heaving crowd of nearly 18,000, one of the biggest ever seen at the Bowl of Brooklands venue, took the weather in their stride and let out a roar of approval to the opening lines of The Chain, the second song of the set.

"Well it's taken us a long time to get back here. I think it's been 25 years,'' said singer Stevie Nicks. "That being said I think we should just get this party started."

But it already was. 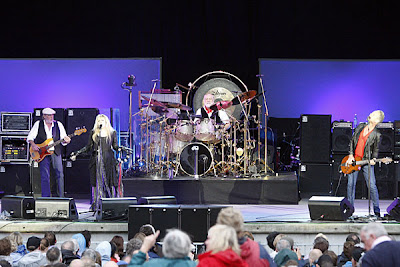 The hits Rhiannon, Landslide and Go Your Own Way kept adding to a thrilling momentum that threatened to derail in a tangled mess of middle-aged dance moves by the time Don't Stop was played as the second encore song.

The gig, which was the first of only two New Zealand concerts and the last in a 10 month world tour, pulled in people from all over the country.

More than half of the crowd in New Plymouth for the night had travelled there from outside of Taranaki.

Accommodation in the city had been booked out for months and despite hundreds of locals putting up visitors in their spare rooms and garages, many concert goers spent the night in their cars.

Others like Andy Blair of Taupo had no other choice but to drive home when the show finished at 10.30pm last night. 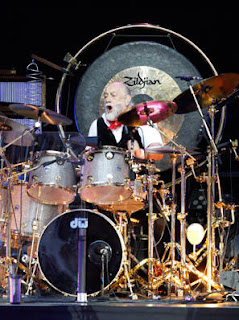 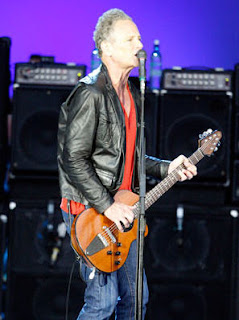 Drummer and founding member Mick Fleetwood gave the fans two pieces of advice to take away.

"Take care of yourself and more importantly take care and be kind to those around you in this crazy world we live in. We love you and remember the Mac will be back'' he said.