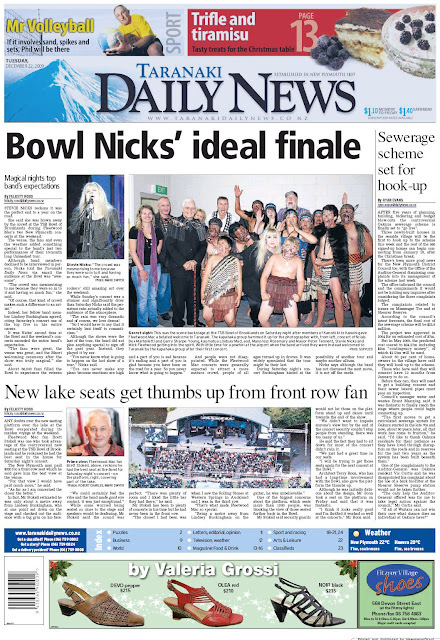 
Stevie Nicks reckons it was the perfect end to a year on the road.

She said she was blown away by the crowd at the TSB Bowl of Brooklands during Fleetwood Mac's two New Plymouth concerts at the weekend.

The venue, the fans and even the weather added something special to the band's last two performances of their 10-month long Unleashed tour.

Although band members declined to be interviewed in person, Nicks told the Taranaki Daily News via email the audience at the Bowl was "awesome".

"The crowd was mesmerising to me because they were so in to it and having so much fun," she said.

"Of course, that kind of crowd makes such a difference to an artist."

Indeed, her fellow band member Lindsey Buckingham agreed, citing Saturday's concert one of the top five in his entire career.

It was Nicks' second time at the Bowl and the weekend's concerts exceeded the entire band's expectation.

"The fans were great, the venue was great, and the Maori welcoming ceremony after the show was truly magical," she said.

About 36,000 fans filled the Bowl to experience the veteran rockers' still amazing act over the weekend.

While Sunday's concert was a stunner and significantly drier than Saturday Nicks said the persistent rain actually added to the ambience of the atmosphere.

"The rain was very dramatic and of course, we love drama!

"So I would have to say that it certainly lent itself to romanticism." 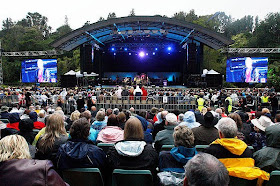 Although the shows were the last of the tour, the band did not plan anything special to sign off the past year. Instead, they played it by ear.

"You never know what is going to happen on the last show of a tour," Nicks said.

And people were not disappointed. While the Fleetwood Mac concerts were generally expected to attract a more mature crowd, people of all ages turned up in droves. It was widely speculated that the tour might be their last.

During Saturday night's concert Buckingham hinted at the possibility of another tour and maybe another album.

Nicks says although the band has not discussed the next move, it is not off the cards.
Nickslive at Monday, December 21, 2009
Share