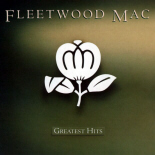 "Greatest Hits" was last certified by the RIAA in 2000 at 8x platinum (8 million units shipped in the US).  Soundscan tracks actual sales, over the counter and digital, the RIAA tracks shipments.

Soundscan is the official method of tracking sales of music and music video products throughout the United States and Canada. It began tracking point of sale (POS) sales in early 1991. SoundScan is the sales source for the Billboard music charts, making it the official source of sales records in the music industry.
Nickslive at Friday, September 24, 2010
Share