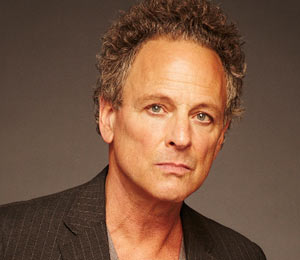 By Jon B
We Create Music - ASCAP


ASCAP is pleased to announce that on April 29th Lindsey Buckingham will be presented with the prestigious ASCAP Golden Note Award during the 6th Annual ASCAP "I Create Music" EXPO. Immediately following the presentation, Buckingham will give a rare interview focusing on his incredible career as a songwriter, producer, multi-instrumentalist, member of Fleetwood Mac and a solo artist. The three-day EXPO takes place April 28-30, 2011 at the Renaissance Hollywood Hotel in Los Angeles, CA.
ASCAP's Golden Note Award is presented to songwriters, composers, and artists who have achieved extraordinary career milestones. Previous honorees include Tom Petty, Quincy Jones, Stevie Wonder, Sean “Diddy” Combs and Garth Brooks, to name a few.
"From the classic California cool of Buckingham-Nicks and Fleetwood Mac to his ambitious solo work, Lindsey's distinguished career has earned him a permanent place in the history of American music," said ASCAP President and Chairman Paul Williams. "We're delighted to welcome him as a special guest at this year's EXPO and honor him with ASCAP's Golden Note Award."
Lindsey Buckingham's career began to take off when he and Stevie Nicks joined Fleetwood Mac's core lineup of drummer Mick Fleetwood, bassist John McVie and keyboardist/singer Christine McVie in early 1974. The former blues band, with the addition of "Buckingham Nicks," immediately morphed into a pop hit-making wonder. The group's eponymous album contained smash singles, including Buckingham's "Monday Morning," "World Turning" and "I'm So Afraid." However, it was their next album, 1977's Rumours, which launched the group into the pop stratosphere, propelled by Lindsey's tunes "Go Your Own Way" and "Second Hand News." Rumours earned the group a Grammy Award for Best Album of the Year and it remains one of the best selling albums of all time. Over the next several years, Buckingham was the principal producer on all of Fleetwood Mac's projects, including the experimental double-album Tusk, Mirage and Tango in the Night. In the early '80s, Buckingham launched his solo career with Law and Order, which spawned the Top 10 hit "Trouble." Other solo hits included "Go Insane" and "Holiday Road." Buckingham's career has continued to flourish—his critically acclaimed Under the Skin, released in 2006, was followed by the exceptional DVD, Live at the Bass Performance Hall and 2008's Gift of Screws. His next solo project is scheduled for release later this year. As a member of Fleetwood Mac, Buckingham was inducted into the Rock and Roll Hall of Fame in 1998.
Lindsey Buckingham joins a Who's Who list of songwriters, composers, producers and industry professionals confirmed for the EXPO. For a regularly updated list of panelists, please visit ASCAP.comhttp://www.ascap.com/eventsawards/events/expo/2011/panelists.aspx
Nickslive at Thursday, February 24, 2011
Share