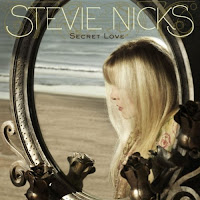 Stevie Nicks' Single "Secret Love" is going for adds at all Triple A Radio Stations the week of February 21, 2011 according to industry trade publications.


This coincides nicely with the planned release of the video for Secret Love that Dave Stewart filmed at the end of January, and is supposed to debut around the 20th.

Going for adds is when the record company asks for radio stations to add the single to their rotation. It is a little like the release date except the actual song is often already available to the radio stations before then and sometimes in that case stations will play a song before the add date. But the add date is when it is supposed to kick off. I think the idea may be that with a specific date more radio stations will start playing it at the same time so it has a more concentrated push on the charts at the start of the single.
Nickslive at Monday, February 14, 2011
Share