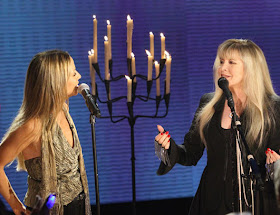 who made her first appearance on "The Oprah Winfrey Show" in April 2011.