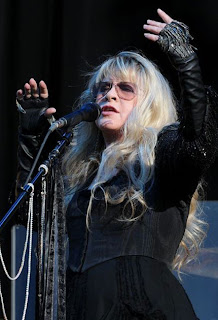 
Despite Glastonbury's moves ever further mainstream, London's mud-free alternative remains distinctive. Who could imagine Somerset hosting a tent-full of fans crooning "Lifted" by Nineties soul-poppers Lighthouse Family?
Otherwise, the three-day Hard Rock Calling relies on stellar headliners with little strength in depth. On Friday evening a sizeable main-stage crowd ignore impending drizzle and James's more quixotic material to bellow "Sit Down". Kaiser Chiefs unite students and office workers with epic takes on "Ruby" and "Oh My God", while showing a more contemplative bent on their current album The Future Is Medieval. It is best served peppered with metallic heft, as on "Little Shocks" and "Long Way From Celebrating".
Elsewhere, The Kills hone their tense garage grind, before The Killers close the night. The next afternoon, Ray Davies, fresh from Meltdown, fronts a rollicking bar-room band. In good spirits, he reminds us of The Kinks' gritty edge with a little too much of the irascible choir master – "If you don't know it, learn it."
Unsurprisingly, given they boast last year's highest grossing tour, Bon Jovi are the weekend's most well-oiled machine. They are especially formidable with guitarist Richie Sambora back from a spell in rehab, though a near three-hour set reveals limits to their common man shtick: more recent tunes resemble knock-offs of earlier efforts, with "We Weren't Born To Follow" rehashing "It's My Life". Even worse is the eponymous Jon's reinvention of "Hallelujah" as a cock-rock ballad, possibly the worst version yet.
On a blazing Sunday, Adam Ant avoids controversy on his first outdoor set since Live Aid, though weak vocals and a goth-metal backing band handicap the hits. Stevie Nicks, by contrast, is still the beguiling rock princess on her first solo UK date for 20 years. Bar one number, her comeback album In Your Dreams is ditched in favour of injecting hard-won wisdom into older solo rockers and Fleetwood Mac standards.
Later, she joins headliner Rod Stewart for a tepid run through "Young Turks", leaving Ronnie Wood to cut through the supper club schmaltz on "Maggie May" and "Stay With Me". Rod has one eye on an upcoming Las Vegas residency, though such reliability pleases Hyde Park just as well.
Nickslive at Tuesday, June 28, 2011
Share