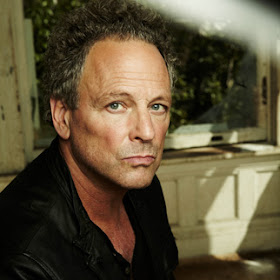 
The legendary performer Lindsey Buckingham talks about his work as guitarist, male vocalist and songwriter for Fleetwood Mac, a band that has sold over 100 million albums worldwide, won countless awards, sold out venues around the world and helped define the sound of rock for the last three decades.

Buckingham will discuss his career as the predominant musical force behind such Mac albums as Rumours and the innovative Tusk and his critically acclaimed body of solo work. The Grammy winner, producer and Rock And Roll Hall Of Fame member is releasing his 6th solo album, Seeds We Sow. The album is Buckingham’s first self-release, in which he took a true DIY approach, not only writing and performing every song on the record but producing and mixing them as well.

Moderator Anthony DeCurtis is a contributing editor at Rolling Stone and he teaches in the writing program at the University of Pennsylvania.

Due to Shabbat, advance sales only. Tickets will not be sold at the door on the night of this program; they can only be purchased ahead of time and mailed or picked up at will call.
Nickslive at Tuesday, September 20, 2011
Share