Lindsey Buckingham will perform Nov. 14 at the Joint - Tulsa 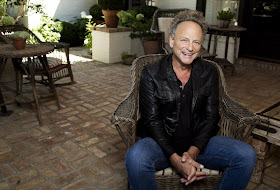 Tickets are $45 and go on sale Sept. 29, and will be available at tulsaworld.com/hardrockcasino, the box office and by calling 918-384-ROCK. All guests must be age 21 or older.

Buckingham kick-started his solo career in 1981 and has released four studio albums. His fifth, "Seeds We Sow," was released on Tuesday.

His solo works are distinguished and layered pop albums. His contribution to the movie National Lampoon's Vacation, the infectious "Holiday Road," has become an indelible cult classic. Other popular singles include "Trouble," "Go Insane," "Wrong," "Big Love," "Tango in the Night," "Family Man," "You and I," "Caroline" and "Dancing Across the USA." He's written for several movie soundtracks, including "Back to the Future," "Twister" and "Elizabethtown."

His work on the 1977 studio album "Rumours" helped make it one of the top-selling records of all time. More than 40 million copies have sold worldwide. Fleetwood Mac-Lindsey Buckingham hits include "Go Your Own Way." He wrote many tunes on the follow-up album "Tusk."

During his tenure, the band released six albums that peaked in the Billboard Top 10. Three reached No. 1.

Buckingham, with Fleetwood Mac, was inducted into the Rock and Roll Hall of Fame in 1998.
Nickslive at Thursday, September 08, 2011
Share