They say you can't teach an old dog new tricks, but who says the dog has to learn anything new in the first place?
By Shannon Shriebak

Stopping by the Vic Theatre on the first leg of his "Seeds We Sow" solo tour last Sunday, Buckingham left a venue full of loyal followers in awe of both his impeccably preserved talent and his showman prowess.

Opening acts are unnecessary when it comes to Buckingham's caliber of classic rock royalty, and Sunday night was no exception. Patiently nodding along during his roaring three-minute welcome, Buckingham began the show with a song from his just-released album, "Seeds We Sow." While the song was catchy and rhythmic, the crowd begged for a familiar song to hum along to.

After plowing through a series of newly released songs, Buckingham began digging deep into the Fleetwood Mac catalogue. Dusting off a healthy selection of Fleetwood Mac classics, he constantly kept the audience engaged and singing along.

Redefining old classics by stripping them down to their most bare form to showcase his guitar expertise, Buckingham gave new meaning to singles including "Never Going Back Again" and "Secondhand News."

A highlight of his acoustic set was a long forgotten lo-fi version of pop smash "Go Insane," which was met with overwhelmingly deafening screams from the baby-boomer audience.

Buckingham marked the second half of the show with selections from his new album, supported by a four-man backing band.

Continue to DePaulia University Newspaper for the full review - The DePaulia 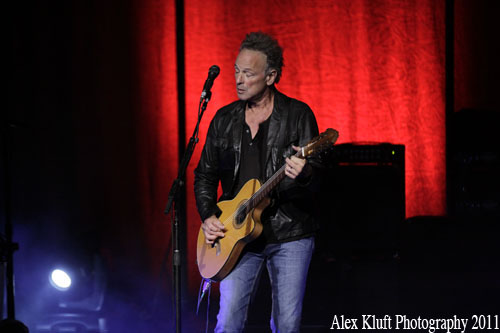 Fleetwood Mac's singer, songwriter and guitarist Lindsey Buckingham played an incredible show at the Vic Theater for nearly two hours, in support of his latest solo album, Seeds We Sow, which was released on September 6.

Whether Buckingham’s playing solo acoustic, with Fleetwood Mac, or his own band, he always brings his “A” game to a concert. Although the audience was seated, Lindsey kept bringing everyone to their feet for most of the performance. Even the rain and the Emmys couldn’t stop the concert from selling out.

Continue to the full review at Vintage Rock

Check out Alex Kluft Photography for a full gallery of shots from the night.
Nickslive at Tuesday, October 04, 2011
Share