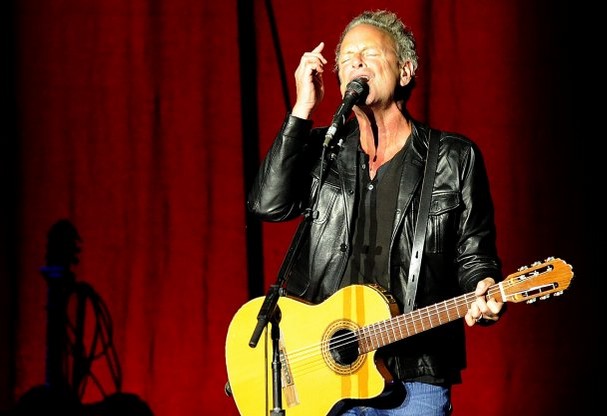 
Alone on stage, the former Fleetwood Mac vocalist and guitarist opened his concert at the Sunrise Theatre on Tuesday with acoustic versions of some big hits, such as "Trouble" and "Never Going Back Again."

When his voice went from a melodic humming to shouting the chorus, "I think I'm in trouble," the audience followed with an ovation.

"I thought I would start tonight the way I started, just me and my guitar," Buckingham said, referring to how he learned to play the instrument — by listening to his older brother's rock albums. "One of the things I learned to appreciate is that a child still lives within me."

As his support band went on stage, he played more old songs before moving into his latest and self-released album, "Seeds We Sow," the sixth in his solo career.

Buckingham refers to his post-Fleetwood Mac work as a "small machine" compared to the success of the band that sold millions of albums worldwide.

"There are projects that allow you to follow your heart and inspire you," he said.

Continue to the full review at TCPalm.com