In the lead up to opening night of Stevie's 10 date In Your Dreams Australian tour this Saturday in Melbourne, both Best Of albums from Fleetwood Mac and Stevie Nicks make some pretty healthy gains on both the Album Charts and the Catalogue Charts in Australia.

These increases can be credited to Stevie's being in the country promoting her new album In Your Dreams as well as her tour since the beginning of November.  She's been scheduled on multiple radio programs covering most of the nation - so the awareness that she's in Australia... That she's touring is there - Hopefully all the press she's receiving ignites interest in what she's really there for - to promote her amazing new album In Your Dreams!!

So far the national radio broadcaster ABC has aired numerous interviews with Stevie on a variety of shows covering multiple territories in Australia - with more to come I'm sure.  Today alone (Nov 14th) she appeared on Breakfast with Adam Spencer on 702 ABC Sydney + 4KQ 693AM Brisbane.

TUESDAY - NOVEMBER 15TH:
Stevie's scheduled to appear on Perth's 96FM Breakfast program with Fitzi and Carmen.  The show airs from 5:30am-9:00am, so check it out if you can by streaming the program live HERE!

Also on Tuesday Stevie will be interviewed one-on-one by Melissa Doyle on Sunrise Channel 7  The show airs weekday mornings 6:00am-7:00am. The interview segment will air at 7:40am  Later Tuesday night Stevie will appear and perform on Australia's X Factor - so definitely check that out!

In the next week or so Stevie's interview with Fenella Kernebone should be on Australia's Art Nation on ABC (Date TBA).

So it's been a busy couple of weeks for Stevie in Australia... She's working hard! 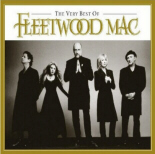 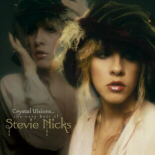