While the two may not seem the most obvious teaming, *Dave Stewart* in support of *Stevie Nicks* ensured an evening full of memories and style when they took to the stage at the WA Athletics Stadium on the weekend.

Stewart produced Nicks' new album, In Your Dreams and with his own album The Blackbird Diaries (not to mention the Super Heavy LP … he sure keeps busy) also out now, the chance to take the creative chemistry on the road must have been alluring and has indeed proved well worth it. They do, after all, share strong links with their respected ex-muses.

After a short set by the over-exposed *Brian McFadden *, Stewart stepped onstage with a backing band in *Perth *'s own *The Panics *, plus everyone's favourite pedal steel player, *Lucky Oceans *, to boot. Moments from the Blackbird Diaries engrossed the building crowd, but when he rolled into *Eurythmics *' Here Comes the Rain Again in a more rustic, acoustic manner that showcased his backing singers and led to a rousing outro, the stage was set for some unbridled audience enthusiasm.

FULL REVIEW AT THE WEST AUSTRALIAN 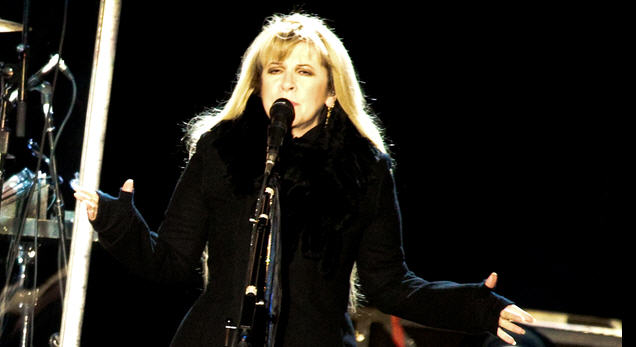 Check out photos by Rhys Machell at Faster Louder HERE

When he asked if dancing wasn't allowed in Perth (revellers were being told to sit down) the foot-gates opened and many more were up for Gypsy Girl, a dash though *Tom Petty *'s Don't Come Around Here No More which showcased co-writer/producer Stewart's voice as a less-gravelled *Keith Richards *utterance. Two last Eurythmics' blasts in Missionary Man and Sweet Dreams (Are Made of This) ended an utterly splendid set.


The scarves and necklaces being draped on the microphone stand could only have belonged to one chanteuse. And so it was that Stevie Nicks took to the stage with her 1982 hit, Stand Back, as excited audience members scurried back to their seats. Striking and dynamic as ever, it showed Nicks was a lot less fragile than her history or appearance might suggest.

Nicks launched into Fleetwood Mac's Dreams, the band's only No. 1 hit, she was proud to say. It's a song that thematically attached itself to her new album and indeed, from the new LP she showcased Moonlight: A Vampire's Dream, Soldier's Angel (followed with a sincere plea to help Australian veterans via Legacy) and For What It's Worth.

All new songs featured Stewart on guitar, a subtle, yet oddly profound presence. Nicks herself was gracious and very engaging with her audience. The new material was greeted warmly for both its quality and her connection to those she sang to.

An emotive piece by pianist *Darrell Smith *pre-empted a sultry Rhiannon, the wrapped-in-black Nicks evoking the witchy waif of yore, taking on a different vocal inflection to allow for the years (Meat Loaf take note). The song ended with the Bella Donna bowed, a stage light lingering on her blonde hair before the fade to black.

And it kept coming; Fleetwood Mac's Landslide resplendent with a tale of Californian hills and *Lindsey Buckingham *.

The new Ghosts Are Gone was a rockin' inclusion, while Leather and Lace was an exercise in vocal excellence. Infamous guitarist *Waddy Wachtel *(and Nicks' musical director) drove the band through The Edge of Seventeen before Nicks ended it all sweetly, yet poignantly with the piano ballad, Love Is.

The chance to take the creative chemistry on the road must have been alluring and has indeed proved well worth it.
Nickslive at Sunday, November 27, 2011
Share