Lindsey Buckingham.. Fleetwood Mac and me 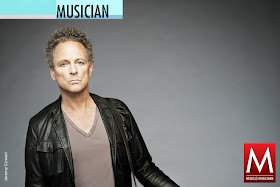 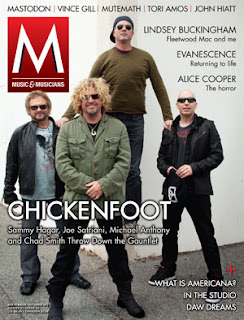 The story of Fleetwood Mac’s 1977 album Rumours is well-worn: Fueled by the angst of the various romantic collisions among the members—singer and guitarist Lindsey Buckingham, singer Stevie Nicks, singer and keyboardist Christine McVie, bass player John McVie and drummer Mick Fleetwood—the album became one of the best-selling in rock history. But one less-told story is of the way its success set Buckingham’s uniquely dual-natured career in motion. When he pointedly pushed the group in adventurous new musical directions on the 1979 follow-up, Tusk, sales were relatively disappointing. “It forced my hand,” he recalls. “The band insisted we revert back to a more conventional way of making music. Since any sort of experimentation was disallowed, the only way I could do that was to make solo albums.”


And so Buckingham established a two-sided musical life—at once steering the classic-rock behemoth and unleashing a more restless creative spirit in his solo work. “The success of Rumours helped define the big machine of Fleetwood Mac and the small machine of my solo work,” he observes. “I’ve tried to find a balance between the two, a way to have them nurture one another.”

For most of the last decade Buckingham has focused on solo work while embarking on the occasional Mac tour (most recently in 2009). For his new Seeds We Sow, he embraced a true do-it-yourself approach, recording in his home studio and playing nearly every instrument himself. The result reflects the peace Buckingham has found with his wife of 10 years and the couple’s three children. “The whole experience of what I’ve done for all these years has had an element of strangeness,” he admits. “That was true onstage and off, until I was lucky enough to meet my wife. My personal life has never been more solid and grounded.” Buckingham spoke to us from his home in Los Angeles.

Did the Mac tour affect the album?
What was most noteworthy about the Fleetwood Mac tour was that we didn’t have an album to push. It was the first time we had been out there solely to do the body of work we had. That was freeing, and the solo projects I had done prior to that tour allowed me to bring something new to that endeavor. The experience was great, in terms of revisiting a group of songs without feeling as if you’re just resting on your laurels. I came off that tour with a grounded sense of myself. Perhaps that did translate into the approach I took on Seeds We Sow.

How did you start work?
I wasn’t even planning on making an album. There had been talk about additional Fleetwood Mac dates, and I was open to that. But that never happened and suddenly some time opened up. I went into the studio with no preconceptions about what I was going to do or the kind of album it would be. In the end, the album took me in the direction it wanted to go.

Tell us about your home studio.
It’s very basic. I have Pro Tools but I don’t use it a lot. I still do a lot of work using an old reel-to-reel 48-track digital machine. I use a Neotek console that I’ve had since the late ’80s. I was very proactive about this album. I play more on everything than ever before. I’ve always likened the solo work to painting. This was really a pure painting process, where you have a one-on-one with the canvas. It’s a sort of meditative thing you go through. Eventually a point comes, more so than what happens with Fleetwood Mac, where the work starts to lead me places I never expected to go. That makes it exciting.

I don’t think of myself as a writer, per se. I don’t sit at a typewriter and bash out lyrics. I’m not one who comes up with a complete song before heading to the studio. I think of myself more as a stylist, in the way I put sonics together and in the way I play. The whole thing constitutes one large process. It’s not a Lennon-McCartney or Tin Pan Alley way of writing. I’m a refined primitive—and being a refined primitive gets me a long way.

How did you discover music?
Hearing Elvis Presley for the first time affected me profoundly. When I was 8 I got a Harmony six-string 3/4-sized guitar for Christmas. I got a chord book, and thought of the guitar as nothing more than something with which to learn songs. I was lucky enough to have an older brother who was focused on rock ’n’ roll, who was bringing home great stuff to listen to. I spent a lot of time in his room, listening to his 45s. I’m sure my parents were wondering about me spending so much time alone.

How did you develop your style?
My influences jumped from Scotty Moore to Chet Atkins to whoever was playing on Elvis’ records. The folk music that became popular when the first wave of rock ’n’ roll ebbed—just before the Beatles hit big—was something I jumped into. I didn’t play lead guitar until much later. And I never took to using a pick, though I do use one occasionally. Basically I’m a finger-style player.

Why’d you switch from Fender to Les Paul when you joined Fleetwood Mac?
That was part of a need. It wasn’t my favorite thing to do, because the Les Paul wasn’t well suited to my finger-style way of playing. But Fleetwood Mac had a pre-existing sound that was quite fat: Mick tuned his drums in a way that was fat, Christine had these electric keyboards that were fat, and John had a fat bass sound. The Stratocaster sounded tinny in the midst of all that. I needed to find a guitar that suited the sound of the band, and the Les Paul seemed to be the most expedient choice. Two or three years later I asked [guitar manufacturer] Rick Turner to design a guitar that would occupy a middle ground between a Stratocaster and a Les Paul. He came up with the Turner electric that I’ve been using since 1979.

What was making Rumours like?
Stevie and I had just broken up, so I had to push certain emotions aside. It was an exercise in denial and in compartmentalization with regard to feelings. It was clear that the band had a calling—the album prior to Rumours had done very well [1975’s Fleetwood Mac], and there was a destiny we had to fulfill. We were poised for success and we had to follow through on that no matter what. Normally, when you break up with someone, there’s a requisite period of time apart. It’s not normal to have to see that person every day without having any sort of closure. But that was the situation Stevie and I found ourselves in. I had to do the right thing for her, when on some level I was actually helping her to move further away from me. That was difficult.

Is it odd to rock at 61?
It’s a cliché now to think that people of a certain age are past the point at which they can effectively make that type of music. But that’s something that’s conceived in the marketplace. There have certainly been people who, after hitting a certain age, weren’t interested in doing anything new. Look at someone like Chuck Berry, who from the time he was 45 hasn’t been interested in anything except running through his hits and exploiting his past. That’s one way to do it. There are other ways as well. In my case, a lot of the things I’ve tried to do through the years have come together on this new album.

How is Fleetwood Mac doing?
One of the things you can say about Fleetwood Mac is that we always have interpersonal things to work on. And that’s probably because for so long we were in close quarters without having a chance to work on those things in a healthy way. That’s been true of Stevie and me for years. There are things that are still evolving and improving within the band, and for Stevie and me, those were a long time coming. Actually it’s nice, after all this time, to feel that there’s still somewhere to go.


REVIEW
LINDSEY BUCKINGHAM
Seeds We Sow
[Buckingham]
Lindsey Buckingham’s music is annoyed by your vibrating phone. It is openly contemptuous of your shuffle mode. It spits at your Spotify. It stands uncomfortably close to you, demanding that you look it in the eye and pay attention. And if you’re willing to do that, you two will get along just fine. You can go ahead and prefer his classic Fleetwood Mac guitar tone over the style he employs on Seeds We Sow; the frenzied right-hand rolls here often sound like an electrified banjo mated with a classical harp. But asking Buckingham to replicate the past is a fool’s errand—he’s interested in the moment, not a memory. Seeds is filled with contemporary images of war, conflict and aggression, as suggested by titles such as “Gone Too Far,” “In Our Own Time” and “End of Time.” The album ends with tenderness, though, via a lovely acoustic cover of the Rolling Stones’ “She Smiled Sweetly.” –Peter Cooper