Published by @Nickslive of http://bit.ly/aKkZSk for Fleetwood Mac News and Reviews 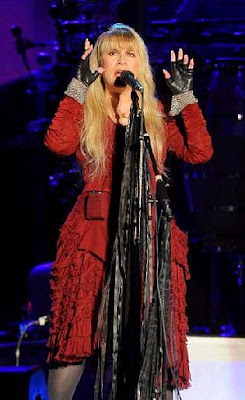 AGE has done little to diminish the popularity and raw musical power of rock and roll royal Stevie Nicks.

Thousands of Tasmanians flocked to the Derwent Entertainment Centre last night to see the 63-year-old former Fleetwood Mac member perform her In Your Dreams tour.

Support acts Dave Stewart of Eurythmics fame and Brian McFadden kept the packed house of almost 4,000 fans warmed up before Nicks took to the stage for a performance lasting nearly two hours.

Were you there? How did you rate the show?

Last night marked the end of Nicks's Australian tour, having played 10 shows in the past month.

To mark the end of the tour, Stewart was invited to share the stage with Nicks for a specialsend-off combiningboth bands. 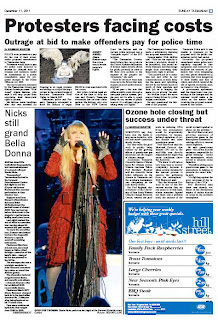 Fleetwood Mac fans, old and new, were kept happy as Nicks rolled through a selection of the band's hits many of which she penned in the 1970s.

The retrospective was a nostalgic reminder to older fans and cemented her status as one of the all-time greats.

The show also featured songs from her latest, and seventh, solo album released 30 years after her acclaimed 1981 record Bella Donna.

Fleetwood Mac's 1977 album Rumours charged back in to the Australian charts at No. 2 this year after being featured on hit TV show Glee.