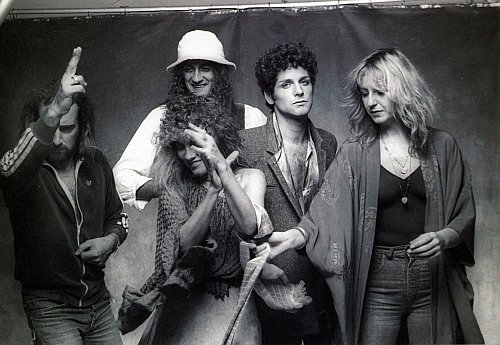 Music critic Pete Paphides tells the story behind three 'follow-up' albums - from Dexys Midnight Runners, Fleetwood Mac and Suede - with tales of musical pressure, creative differences, personal politics and mixed results.
How many bands have found themselves with a massive and often unexpected hit album, only to struggle with the creation of their next opus? Sometimes the follow-up exceeds the first album, but often nerves kick in and bands are removed from the very stimulus that created their magic in the first place, finding themselves in a world of creative confusion, sycophants and accountants.
Pete Paphides talks to musicians, producers, and critics to explore the stories of follow-up albums with the same expert knowledge he brought to Lost Albums.
Programme 2: Fleetwood Mac - Tusk
How do you follow a record that sells 21 million copies worldwide and spends over 30 weeks at number one in the US album chart?
The answer is Tusk - the album Fleetwood Mac recorded in the wake of 1976's Rumours.
Despite joining the band just three years previously, this was the record that saw Lindsey Buckingham impose his will on Fleetwood Mac using the studio as a crucible in which he shovelled intra-band infidelities and his new-found love of punk.
In 1979 it was deemed a failure, nicknamed "Lindsey's folly" from industry insiders. After 35 years, it has been reappraised as their boldest, most forward-looking release, "a peerless piece of pop art", influencing Radiohead and REM.
Produced by Laura Parfitt A White Pebble Media Production for BBC Radio 4.


The joy of difficult second (or third, or twelfth) albums

A new Radio 4 series explains how Dexys Midnight Runners, Fleetwood Mac and Suede fractured under the pressure of fame
Radiotimes
It's called Difficult Second Album Syndrome: the intense pressure to follow up a huge commercial success. Expectations, internal and external, can make superstars crack.
Yet that tricky follow-up album – the one after the one everyone's got in their collection; the one that sold poorly, destroyed the band or was ridiculed by critics – often turns out to be more rewarding. And the stories of how such records were made tend to be packed with extraordinary drama.
This is the phenomenon Radio 4's three-part documentary Follow Up Albums explores. The series starts with Dexys Midnight Runners and their career suicide Don't Stand Me Down, moving on to Tusk – Fleetwood Mac's loony-tunes follow-up to Rumours – and Dog Man Star, the recording of which shattered Suede's original line-up.
Music nuts are always looking for secret clubs to join: the band who will be huge in six months' time, or the genius singer/songwriter who died without selling any records. Supposedly lesser, disappointing follow-up albums have that snob cachet, but their appeal runs deeper: they're albums by bands who had proven themselves to be rare talents, but then pushed their art to extremes. There, magic happens.
"You have to dig a bit harder with these albums," says Pete Paphides, music journalist and presenter of the Radio 4 series. "It's almost as if these records are a test of whether you're just passing through or are prepared to put in the time and effort. A record you spend more time with will repay you more handsomely in the long run."
Knowing the crazy story behind the records certainly helps. "With the bands you obsess about, when you decide you're emotionally invested you stop wanting their next album to be the best you've ever heard," Paphides argues. "It has to be good – but what you want is a sense of how things have progressed for them, what's been happening in their life. The bands we love push the story along. The period between having your breakthrough album that sells millions and recording the follow-up makes you a more interesting band than you were." 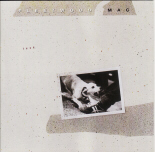 In 1979, Fleetwood Mac were perhaps the biggest band in the world, having shifted more than 10 million copies of Rumours. The next album, their 12th, was Tusk, a wildly oscillating double LP that sounded like the work of separate solo artists, was packaged in what was surely a deliberately awful sleeve, and contained no obvious singles. To this day, non-aficionados only know Sara – it and the title track were modest hits at the time.

While the sound of Rumours was pristine and built for radio, Tusk was all over the show. Rumours had famously, fearlessly catalogued the bitter end of Lindsey Buckingham's relationship with Stevie Nicks, and Christine McVie's with John McVie, as well as several awkward dalliances that followed. On Tusk, Christine McVie and Stevie Nicks sounded all talked out, happy to submit tender, regretful fragments like Honey Hi and Beautiful Child. But they're punctuated by the songs of Lindsey Buckingham, which are best described as furious polkas, and dominate the record.

"Lindsey was a volatile, domineering personality and the rest just went with it," says Paphides. "People were worried about him. He turned up at the studio on day three and had cut all his hair off, standing in front of the mirror with a pair of scissors."

But while Buckingham stuffed his songs with multi-directional rage, and with the influence of punk and new wave, he had also become a skilled producer who could bring out the best in his bandmates' radically different compositions – even those of his ex, Stevie Nicks.

"There's still a lot of love between Stevie and Lindsey and she's happy for him that Tusk has become feted as a classic," says Paphides. "He never tried to inflict his scratchy, lo-fi, I'm-going-crazy production on her. The Stevie songs have lovely, luxuriant waves of elegant melancholy enveloping you. He knows exactly what she wants to achieve. It's the same with Christine McVie: Over and Over sounds just beautiful. As long as Lindsey could have his own way with his songs he'd do a good job for you."

Paphides spent four months tracking down Buckingham and scoring an interview – even longer than it took to convince the always-wary Kevin Rowland to talk on tape. "Now Lindsey's very LA, very Zen, very 'I've been to therapy'. He's also very aware and proud of Tusk's reputation."

But in '79? "He was angry. If you have a Lindsey Buckingham character, there's a part of you that wants to destroy all you're best known for.

Full article at Radiotimes
Nickslive at Thursday, May 17, 2012
Share