Dave Stewart to Debut "The Blackbird Diaries" and "The Ringmaster General" Documentary August 22, 2012 at the Belcourt Theatre in Nashville.

Description: "This tongue-in-cheek documentary follows Stewart's adventures in songwriting, letting the viewer witness his eccentric but compelling methods of creativity.  The days were filled with mayhem and martinis, while a circus of characters cross Stewart's path; many muses appear to join in the fun including Alison Krauss, Martina McBride, Colbie Caillat, The Secret Sisters, Joss Stone, STEVIE NICKS, Jessie Baylin, Diane Birch and Orianthi." 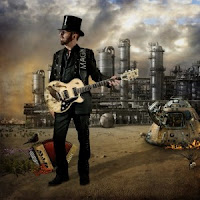 There are a limited number of general admission tickets available to the public for this VIP Event which go on-sale June 1st at www.belcourt.org.  Each ticket includes a free limited edition vinyl copy of Dave's forthcoming "The Ringmaster General" album which isn't released in the US until September 4th (Sept 3rd in the UK). 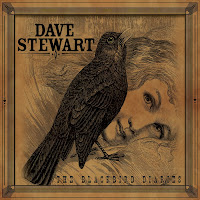 IN YOUR DREAMS
Maybe this will be the route for Stevie's yet to be released In Your Dreams Documentary, which by the way, Dave tweeted about just a few days ago saying that distribution was still being set up for the release.

Check out the Documentary Trailer