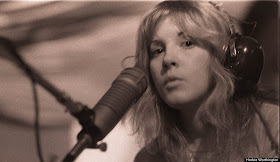 Check out the Photo Gallery


Behind every great band there's often great drama, and Fleetwood Mac was no exception. The band marked the 70s with huge hits, including its album Rumours, which produced four top-ten singles, stayed on the charts for 31 weeks, sold over 40 million copies and won a Grammy Award for Album of the Year in 1977. But Fleetwood Mac's creativity and rise to stardom was marked by chaos: divorce, infidelity, intense creative struggles, and endless partying, which nearly tore the band apart.

In Making Rumours: The Inside Story of the Classic Fleetwood Mac Album, Ken Caillat chronicles what went on behind the scenes with band members Christine and John McVie, Mick Fleetwood, Lindsey Buckingham and Stevie Nicks, and how the band overcame obstacles despite adversity. "All of us were in our 20s," says Caillat. "We were young and kind of wide-eyed. Success hadn't struck anyone yet. I actually don't think this book should be called a music book, It's really a success story about personal triumph. And I was really lucky to be there."

Caillat has worked with a number of notable artists, including Paul McCartney, Joni Mitchell, Herbie Hancock, and his own daughter, Grammy-winning singer Colbie Caillat. (Caillat produced her number one album, Breakthrough.) Making Rumours coincides with the 35th anniversary of the release of Rumours.