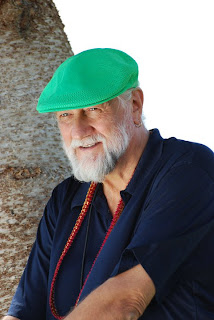 
In a sentence, Fleetwood's on Front Street will "combine English gentleman with a Bohemian accent in the islands," when it opens this summer.

That's because its owner and namesake, legendary rock star Mick Fleetwood, prefers that look and feel.

"The most exciting part of this whole thing happening is that Mick Fleetwood lives here and he loves Maui. It will not be just another celebrity restaurant. He embraces Hawaii and its culture," says Eddy Bitton, one of Mick's partners in the business and president of the Bitton Design Group, based in Agoura Hills, Calif.

"Fleetwood's will be a restaurant first. A food establishment first. We have a moving target date for our opening and it's either late July or early August. Of course, it depends on the permit process and other things that may occur."

Bitton joins some rock legends as Mick's backers in the biz. But on a recent visit to the construction zone, I was asked not to reveal any names yet. Of course, rumors continue to swirl on island.

There's a good chance they'll show up to play with the longtime, famous Fleetwood Mac drummer after the restaurant opens. But you'll have to read about the music aspect in Scene soon, when our esteemed contributor, Jon Woodhouse, interviews Mick and asks him all about it.

Yet another big news item is that Scott Leibfried, 11-year sous chef on the "Hell's Kitchen" FOX reality TV cooking show, has been named corporate chef of the massive culinary enterprise.