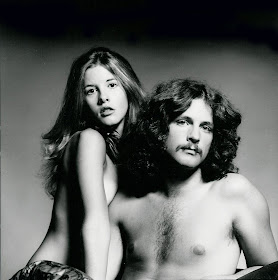 
The pair's pre-Fleetwood Mac album, which has never been released on CD, celebrates it's 40th anniversary next September. Over the years, Buckingham Nicks has gained a legion of die-hard fans, who have sought out pristine vinyl pressings of the Polydor release for major money. A 30th anniversary release was tentatively scheduled back in 2003, but never materialized.

It was the album's closing number, "Frozen Love" that gained Mick Fleetwood's attention while scouting Los Angeles' Sound City recording studio. The album's producer, Keith Olsen, played the track as a demonstration of the studio's capabilities and hooked Fleetwood who soon asked Buckingham -- and by extension -- Nicks to join Fleetwood Mac. Two of the Buckingham Nicks tracks would be included on future albums -- Nicks' "Crystal" found a home on Fleetwood Mac's 1975 self-titled collection and a live version of "Don't Let Me Down Again" was featured on 1980's Fleetwood Mac Live.

Stevie Nicks told us that plans are definitely underway to prep their first Buckingham Nicks release on CD: "This is, the coming up year is the 40 years. So, what we're thinking is we might do something to celebrate the 40 years thing and we're going to try and put the record out. The only reason why it hasn't come out is because it kinda belongs to three different people and it's like owning a car, a third of a car. And everybody has to be on the same page and nobody has ever been on the same page. So we're hoping this year people will get on the same page and we can put it out since this is it's 40th."

We asked her if there's any chance for a few Buckingham Nicks shows to promote the new set: "Very possibly! Very possibly! 'Cause we. . . that's easy. Yeah."

Audio: Stevie Nicks on Re-issue if it doesn't work you can find it here: The Music World