Stevie Nicks: She’s an icon, she’s a powerhouse, and she’s coming to Boston!

Rolling Stone got it right when they deemed Stevie Nicks “The Reigning Queen of Rock and Roll” in 1981. 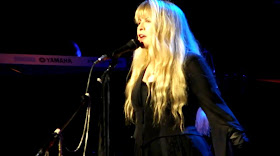 Catch the Grammy Award-winning Rock and Roll Hall of Famer next month as she supports her latest solo album In Your Dreams. July 10th, 8 p.m. Bank of America Pavilion. 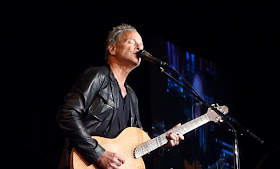 "The set was loose and passionate, fun and frisky, dark and ultimately hopeful.  The show proved that while Lindsey Buckingham is great with a band, he sure as hell doesn't need one.  The small machine was working pretty damned well all by itself."


Read the rest of this post on the original site » 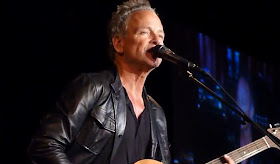 During his June 9 performance at Tarrytown Music Hall, Lindsey Buckingham, Fleetwood Mac guitarist since 1974, explained that he tries to find a balance between what he calls the “Big Machine” (the multi-million-selling rock group) and the “Small Machine” (his far less lucrative solo career).

That balance was on display, if sometimes precariously, throughout his 13-song, 75-minute solo set, in which Buckingham exchanged guitars with his roadie after every song and used foot pedals to trigger drum loops and other programming that backed his scintillating guitar playing and strong singing.

LINDSEY BUCKINGHAM.... AGAIN!
Rough experience had by this Lindsey fan at the B.B. King Blues Club show in New York City.
Read all about her venue troubles: New York via Melbourne

"Serious artists don’t need to be taken seriously, but the older you get the harder it is to remember that. I love Fleetwood Mac and, of all its members, I love Lindsey Buckingham the most: he wrote the best songs, he looks the best."


COULD FLEETWOOD MAC BE HEADED
TO NEW ZEALAND IN NOVEMBER ??

According to this article, Mr. Tombleson of Force Majeure Events International is in negotiations with Fleetwood Mac among others to appear at Forsyth Barr Stadium.

Mr Tombleson was also "in negotiation" with The Eagles, Fleetwood Mac and Bruno Mars to perform at the stadium, in what would be New Zealand-exclusive shows.

"It will definitely happen ...this will be the saving grace for the stadium. We are looking at Bruno Mars for next year," he said.