Stevie Nicks To Reporters: Fleetwood Mac Will Tour in 2013 - Rehearsals Begin in January 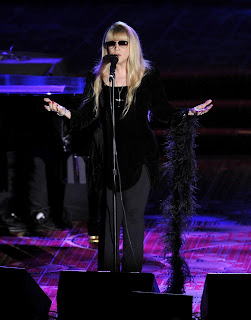 "People ask what is your favorite thing to do in a night? Be in a fantastic studio with a great poem and a piano and a little tape recorder. That is my idea of a great time," Nicks said. 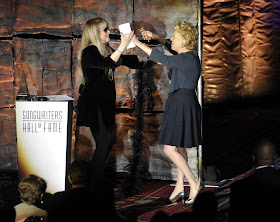 Bette Midler received the Sammy Cahn Lifetime Achievement Award for her skill as a song interpreter, and her friend Stevie Nicks was on hand to perform in her honor.  “It’s fantastic, ’cause Bette and I have been friends for a long time,” Stevie told reporters on the red carpet, “And she chose me to sing one of her songs, and I chose ‘The Rose.’”

Stevie added that she chose that song because of Midler’s movie of the same name. “I thought that [she] did such an amazing job when she did that movie,” said Stevie.

Stevie also told reporters that Fleetwood Mac will tour in 2013 and will begin rehearsals in January.