Lindsey Buckingham may be best known for his work with Fleetwood Mac, but he also has six solo albums and two live albums under his belt. Not surprisingly, during his Saturday night gig at the North Charleston Performing Arts Center, he touched on both sides of his career.

With three amp stacks and a large battery of acoustic and semi-acoustic guitars at stage left, the 62-year-old Buckingham opened with a beautiful number titled "Cast Away Dreams" (from his 2006 album Under the Skin). Within moments, it was clear that neither his guitar playing nor his singing had diminished over the years. Buckingham followed the opener with "Bleed to Love Her," a deep cut that ended up on Fleetwood Mac's 1997 album The Dance. He earned standing ovations after both songs, a gesture that fans in the less-than-packed PAC repeated after every song.

After the first four songs, Buckingham started to loosen up a bit, interacting with the more enthusiastic members of the crowd. After one particularly vocal ticket holder hollered, "Lindsey, I love this kind of shit," Buckingham laughed and replied, "Well put, sir. So do I."

Continue to the original site for the full review 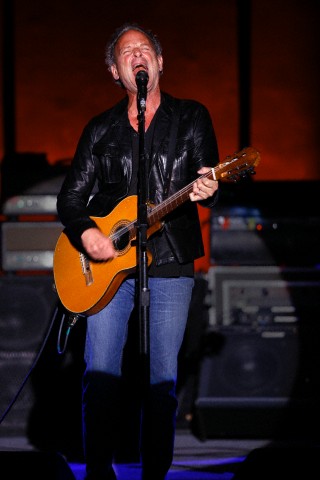 So Afraid | Seeds We Sow
Nickslive at Wednesday, August 08, 2012
Share