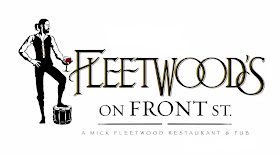 After a soft opening on Aug. 2, Fleetwood's on Front St. is gearing up for a big bash. The restaurant owned by Fleetwood Mac's legendary drummer will host a series of grand opening benefit parties Wednesday through Aug. 25 featuring the Mick Fleetwood's Island Rumours Band, with some celebrity guests jetting in for the occasion.

Probably the most eagerly anticipated event will see Aerosmith's charismatic lead vocalist, Steven Tyler joining his Fleetwood Mac mate, along with blues great Johnny Lang for some major rocking with the Island Rumours Band on Aug. 23.

The special concert on the 23rd will benefit Childhelp on Maui. This non-profit organization seeks to meet the physical, emotional, educational and spiritual needs of abused, neglected and at-risk children.

The next night is all for Lahainaluna High School. There will be our regular menu with a $50 cover and Mick will play with Willie K and Island Rumours. All entry proceeds go to Lahainaluna."

The final opening event, on the 25th, will include entertainment with King Paris (aka Rick Vito) and The Hypnotics, featuring the Gentle Genie Giant on percussion. "There's no cover, it's open to the world, for people who love rock n' roll and want to be there," says Todd.

* Tickets for the Aug. 23rd benefit are $500 and $350, and include food and drink. There is a $50 cover charge for entertainment on the evening of the 24th, and a $25 donation for lunch on the same day. No cover on the 25th. There is also a private party on the 22nd with the Mick Fleetwood Blues Band. Call 669-Mick for more info. and reservations.

No mention of Stevie or John being there... Might Stevie fly over for the opening? She's got a bit of time before her road trippin' begins again mid-September??  John McVie's only one island over from Maui... Nonetheless, it's a big week ahead for Mick and his new restaurant.
Nickslive at Sunday, August 19, 2012
Share