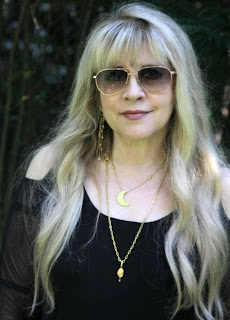 In Your Dreams: Stevie Nicks Film Review
The Hollywood Reporter
by John DeFore


Stevie Nicks and producer Dave Stewart co-direct a diary about the album they made together.

THE HAMPTONS, NEW YORK — A diaristic doc whose appeal is limited strictly to megafans, In Your Dreams: Stevie Nicks chronicles the collaboration between Nicks and Eurythmics member Dave Stewart on the 2011 album of the same name. A raucous premiere here (with viewers applauding after every song) suggests Nicks has enough admirers to fill special screenings here and there, but the film is best suited to a CD/DVD Collectors' Edition package.

Nicks and Stewart share directing credit on the film, displaying an enthusiasm for effects -- from filters to fisheye lenses -- that sometimes exacerbates the choppiness of Shane Mclafferty's editing. Their stylistic flourishes fit more smoothly in the music video-like sequences scattered throughout, where 19th-century costumes and the occasional vampire or magician matches the music's mood.


The film opens "somewhere in Southern California," where Nicks has decided to set up mikes in the middle of her sprawling old house and spend the better part of a year piecing a record together with Stewart and some other old friends. Having handed Stewart a book full of writings (she uses the word "poems" pretty loosely), the two collaborate on making songs from them; the film gives each track its own bit of screen time, whether it was inspired by a long-ago post-rehab romance ("For What It's Worth") or is little more than an aural book report about "Wide Sargasso Sea."

This may suit devotees, but more casual fans will wish for a movie that doesn't assume we already know everything there is to know about the singer's career. Only one brief tangent on her childhood makes its way onscreen, and there's almost no talk of her early solo outings or her heyday with Fleetwood Mac. (An enjoyable bit of keyboard noodling on "Dreams" is as close as we get to the glory days.) Old bandmates Mick Fleetwood and Lindsey Buckingham do drop by to record on new songs, though, and we are treated to a funny story about the time Nicks tried to steal a Mike Campbell tune that became Tom Petty's "Runaway Trains."
Though unconvinced viewers may snort when Nicks compares herself to Bob Dylan or treats lyrics scribbled on hotel stationery like relics of great import, we do see things partly explaining her success: Knowing she's not getting what she wants during a track's playback, she proves to have remembered one of Stewart's guitar solos better than he himself does.


STEVIE NICKS INTERVIEW
On 'IN YOUR DREAMS' Documentary

Sound Waves TV on the west coast will be interviewing Stevie tomorrow (Oct 10) about the new documentary and are asking fans "what's on your mind"... Ask Stevie a question.

Think about it.. Check out what others have put forth and submit your question on the Sound Waves TV Facebook page

It will soon be available on their Flick Nation radio show.