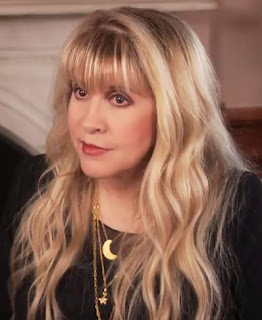 
This week, Stevie Nicks tells us about her newest endeavour, the film she made with Dave Stewart, about the making of her album “In Your Dreams.”

If you missed this interview last night (like me), you can catch it today (Sunday) at 10pm in Phoenix on KWSS 106.7FM. Listen live, stream it or get the podcasts later in the week at The Lady Brain Show!


Rock legend Stevie Nicks attends the 20th annual Hamptons International Film Festival for the premiere of her documentary, "In Your Dreams - Stevie Nicks." Ms. Nicks discusses the documentary, what she hopes the audience will away from the film, and more.