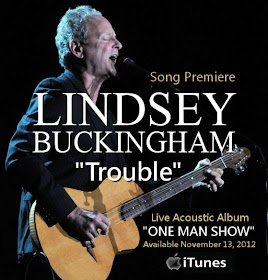 
This Tuesday, November 13th Lindsey Buckingham will release "One Man Show" a live acoustic album that documents his current US tour which ends later this month on November 20th.  The release captures Lindsey during his September 1, 2012 Des Moines, IA show and is a straight from the console, no post-production, live... raw..., true sense of being there recording where just a few mics were added to the room to enhance the recording.  From the 4 previews released, it sounds fantastic! 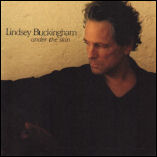 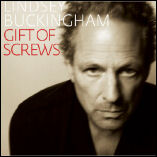 The last time Lindsey Buckingham played in Lexington was fall 1982. The pop warhorse he co-piloted, Fleetwood Mac, was in the midst of its third Rupp Arena concert in five years. To give you a sense of the time, Men at Work was the opening act. 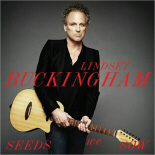 You could sense the shift already. Where the appeal of Fleetwood Mac up to that point was divided more or less evenly between his songs and the music that Stevie Nicks and Christine McVie brought to the band, the '82 show clearly put Buckingham in the driver's seat. He turned the non-hit Not That Funny, a fractured bit of pop mayhem from 1979's Tusk, into a trio rampage with group founders Mick Fleetwood and John McVie that largely flew in the face of the band's sleek, radio-friendly image.

Fleetwood Mac still exists. In fact, a tour is in the works for next year. But the recent rush of solo albums Buckingham has released (five in six years) points to the kind of agitated pop craftsman he remains at heart. The 2006 album Under the Skin, the best of the solo records, boasts dizzying, finger-picking guitar joy rides (the opening Not Too Late) as well as luxurious contemplation's (the Brazilian-flavored finale Juniper). The tunes also come dressed with vocals that sound alternately stressed, possessed and enchanted.

"His stamina kept the music's energy fresh and volatile," wrote Ben Ratliff in The New York Times of a performance that followed Under the Skin's release. "At times, he seemed to be nearing a state of hypnosis while booming away on voice and guitar." 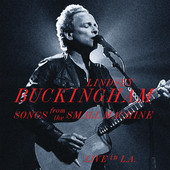 Voice and guitar also define Buckingham's newest album, a digital-only concert recording titled One Man Show, which will be released Tuesday, and the solo acoustic performance he will give this week at the Opera House.

But if One Man Show is any indication, the latter will be anything but a polite, folky affair. At 63, Buckingham is a pop soul pursuing his muse with the most restless and reliable accompanist he could find: himself.

Tickets can be purchased at Ticketmaster

All album Available on itunes