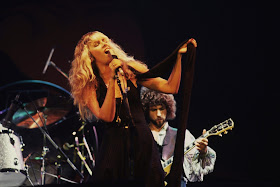 You may have been listening last Sunday night when radio stations aired this Special on Fleetwood Mac.  The difference between that program (at least the one I heard) and this one, is this version of the show includes "Rhiannon" and "Don't Stop" Live from the 1977 Rumours World Tour that will be included on the live disc included with Fleetwood Mac's Rumours Expanded and Deluxe Editions being released January 29, 2013.  Both tracks sound great!!  Check out the program below... Some great interviews also with Mick, Stevie and Lindsey. You are listening courtesy of WYDR