Fleetwood Mac is inducted into the Rock and Roll Hall of Fame at the thirteenth annual induction dinner held at the Waldorf Astoria in New York City.

Sheryl Crow introduced the group.  The band played Landslide, Big Love and Say You Love Me. 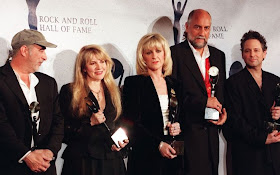 The Fleetwood Mac story is an episodic saga that spans more than 45 years. It is the saga of a British blues band formed in 1967 that became a California-based pop group in the mid-Seventies. In between came a period where Fleetwood Mac shuffled personnel and experimented with styles, all the while releasing solid albums that found a loyal core audience. Despite all the changes, two members have remained constant over the years: drummer Mick Fleetwood and bassist John McVie, whose surnames provided the group name Fleetwood Mac. Although most rock fans are familiar with the lineup that includes Lindsey Buckingham, Christine McVie and Stevie Nicks – by far the longest-running edition of the band, responsible for the classic albums Fleetwood Mac and Rumours – the group possesses a rich and storied history that predates those epics. Earlier Fleetwood Mac lineups included guitarists Peter Green, Jeremy Spencer, Danny Kirwan, Dave Walker, Bob Weston and Bob Welch. - Rockhall.com 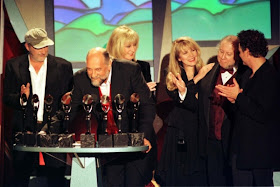 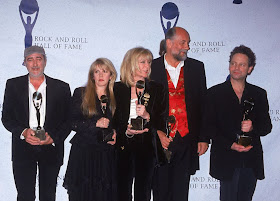