Mick Fleetwood: "We’re going to be touring in September and October in England and in Europe" Fleetwood Mac 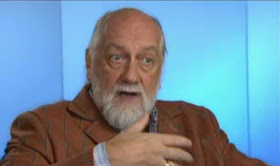 McVie retired from the band in the late 1990’s and hasn’t performed with them since.

He also confirmed that Fleetwood Mac will announce the European leg of their forthcoming world tour in the coming weeks.

Mick told Planet Rock’s Darren Redick, "I’m really looking forward to reconnecting with my sister, Christine McVie, and that’s sort of a lovely, nice thing to be doing. Getting her out of the English cold there for a few weeks... and me and Chris will be flying back [to Mick’s home in Hawaii] after my work in London”.

Darren asked Mick if Christine would be with them for their shows in the UK and Mick went on to say, "I would love that and I would welcome that as we all would and I truly hope that happens. And it might just be the case and I will take that to the fore and be reminded that a lot of people would love to see that happen. It would be an emotionally charged moment that would be lovely to have happen. And I know everyone in the band would welcome that. So you never know!”.

As far as the world tour goes, Fleetwood Mac look likely to be in England by the autumn. Mick said,

"We’re going to be touring in September and October in England and in Europe, we’re going on a massive world tour, which is getting more massive by the second, and those shows will be announced in the next few days”.