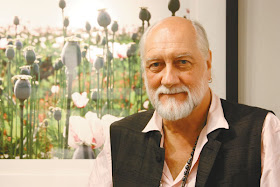 Mick Fleetwood is on a UK Media Blitz next week.
With the 'Rumours' re-issue being released on Monday in the UK - Micks headed over to support the release with a round of interviews and press.  So far he'll be appearing on one TV program and one radio program, there will likely be more.

Rumour has it he'll also be picking up and old friend to bring back to Hawaii for a visit.


MAGIC 105.4FM (Feb 1st)
Mick Fleetwood will be on Magic Breakfast tomorrow morning! He'll be talking about the Rumours re-issue and Fleetwood Mac's 2013 World Tour! (What's interesting about this, is that Magic 105.4 was the station in the UK last weekend that initially posted the 4 UK tour dates along with a contest to win tickets (which they've subsequently taken down).  Maybe Mick will have some good news for the UK tomorrow Morning! Listen Live HERE


The Alan Titchmarsh Show - Friday, February 1st (3-4pm)
The host is joined by Mick Fleetwood, the drummer and co-founder of Fleetwood Mac, and Great British Bake Off judge Paul Hollywood for another edition of the programme featuring music and chat.
The Alan Titchmarsh Show on ITV, STV, UTV  the STV Player will have the show on-line if you miss it

The brand new series of the world's most popular car show continues with an epic road trip across the western side of the United States in three front-engined supercars. With Jeremy Clarkson in a Lexus LFA, Richard Hammond driving the new Dodge Viper and James May choosing the latest Aston Martin Vanquish a glorious soundtrack is guaranteed, as are furious arguments about which is best as the trio head from Las Vegas to Los Angeles and on to Palm Springs. Along the way, the three presenters take in racing circuits, airborne attacks and a race against the police before making a break for the Mexican border with a terrifying penalty for the last car to make it. Meanwhile, back in the studio, legendary Fleetwood Mac drummer Mick Fleetwood is the star in the Reasonably Priced Car.
BBC 2 - Sunday, February 3rd at 20:00

Be sure to catch these interviews... Hopefully Mick will give listeners more details on Fleetwood Mac in the UK and maybe Europe as well... Plus a more definite timetable. 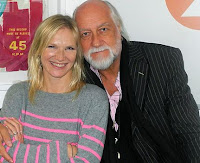 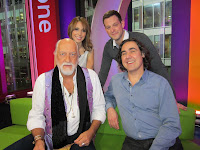 The One Show - January 28th 7pm (BBC One)
With guests Cockney comedian Micky Flanagan and Fleetwood Mac's Mick Fleetwood. If you miss the show and you are in the UK, check the iplayer for the repeat.  If you are in the UK you can check out his interview here