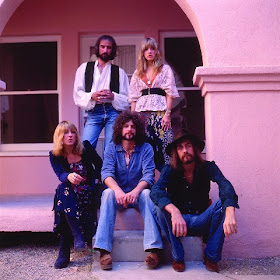 
“Times were a lot crazier then – anything was possible. Budgets were not important and doing drugs was the norm. In the mid-’70s there was a sense that you could do no wrong.” So said an eyeliner’d Lindsey Buckingham, reminiscing in the 1997 Classic Albums documentary on the making of the ultimate classic album, Fleetwood Mac’s Rumours. Thirty-six years after its release – and with more than 40 million copies sold (so far) in at least 80 official international editions – you would imagine that every last drop, every demo, druggy anecdote and hazy recollection, has been squeezed out of one of the biggest records of all time, the eighth best-selling LP in history. You’d assume that anything worthwhile that could add to the enjoyment and understanding of Rumours must have surfaced by now. For a start, Mac completists and even fairweather fans will already have the 2004 2CD reissue that came with a full set of rough mixes and outtakes from those fabled album sessions at the Record Plant in Sausalito, just north of San Francisco. Worryingly, that same disc is included in this “super-deluxe” 4CD+DVD+LP boxset – a package designed to celebrate the album’s 35th anniversary but which actually turns up, as if stoned, the following year.

Like Star Wars or Snickers, there’s never really a bad time to reissue Rumours. Sooner or later everyone finds a way in to it – or looks for a way out, if your parents raised you on Rumours and Tusk in the ’80s. It’s the evergreen baby boomer blockbuster that eased Bill Clinton into the White House and now finds itself a post-ironic hipster lifestyle accessory; Florence Welch, for one, is an eternal student of Stevie Nicks’ cosmic witchcraft. Today, 45 years after they formed, Fleetwood Mac’s twilight period – commencing with 2003’s reunion for Say You Will and drifting through two further “reunions” for world tours, including one this year – has lasted far longer than the band’s vital, late-’60s incarnation.

And it’s all because Rumours is as near perfect an album as anyone will ever make, and its lurid backstory of emotional turmoil and narcotic excess, endlessly recounted in prurient detail, is never less than fascinating. Though short on wildly revelatory material, this boxset ties up a number of loose ends from 1976-’77, focusing on the period when the Mac set about recording the follow-up to ’75’s Fleetwood Mac, a surprise US No.1 and the first album made by the group’s new line-up after fate had parachuted in two young Californian dreamers, Buckingham and Nicks, in late ’74 to rescue Mick Fleetwood’s rudderless British blues outfit.

The chemistry between the five was immediately apparent. Now there were three distinctive songwriters in the group, Buckingham, Nicks and Christine McVie, who would also complement each other in harmony. Buckingham, the firebrand guitarist and craftsman, began to develop an intuitive musical partnership with McVie on piano that started with “World Turning” and led to them fleshing out McVie’s Rumours cuts such as “You Make Loving Fun”. His lover Nicks cast her spell with “Rhiannon” and “Landslide”. John McVie and Fleetwood, solid but soft, glued it all together.

Continue to the full Review + Q&A with Mick Fleetwood at Uncut
Nickslive at Thursday, January 31, 2013
Share