‘We were never too stoned to play’ Fleetwood Mac: the comeback interview 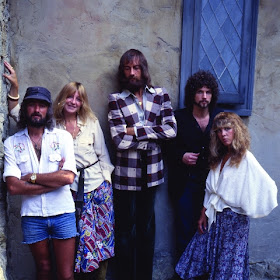 The Mac are back, with live shows, songs and a re-release. Will Hodgkinson meets Mick Fleetwood and Christine McVie
The Times


It is 36 years since Rumours, the soft-rock masterpiece by Fleetwood Mac, became the soundtrack to separation. Songs such as Go Your Own Way, The Chain and You Make Loving Fun articulated the new rules of relationships for the baby boom generation, capturing the reality of affairs, tensions, betrayals and break-ups and selling more than 40 million copies in the process. For much of the 1980s, arguing over who got the copy of Rumours was as much a part of divorce as lawyer’s fees and pretending to like each other in front of the

Rumours hit a nerve because it came from a place of truth. Fleetwood Mac’s keyboardist Christine McVie was divorcing its bassist John McVie. The singer Stevie Nicks was splitting with her childhood sweetheart, the band’s guitarist Lindsey Buckingham. Stuck somewhere in the middle was the drummer Mick Fleetwood, who was recently divorced from his wife. Everyone dealt with the situation in the only way rock stars in the 1970s knew how: by taking huge amounts of cocaine.

It should have ended there, but as Fleetwood says, “Rumours is the thing that would not go away.” While the album has just gone back into the Top Three, four of the band members are putting aside the pain of the past and, in one of the biggest break up and make up stories of all time, getting ready to go out on the road again for a world tour. Only Christine McVie, who left the band in 1998, is staying away. She’s been leading a reclusive, distinctly non-rock’n’roll life in a Kent farmhouse ever since, having no involvement with Fleetwood Mac and never giving interviews — until now.