First Rolling Stone in Germany had that amazing cover and spread in their February issue.... Now Rolling Stone France are doing the same - except no Mac cover - but 11 pages!  That's huge!!  I think Rolling Stone in North America needs to step up to the plate, put them on the cover for the 5th time and celebrate this years 35th Anniversary release.  The Buckingham Nicks Q&A appears to be the same Andy Greene interview with Stevie and Lindsey that ran on-line in North America and can be read here RollingStone 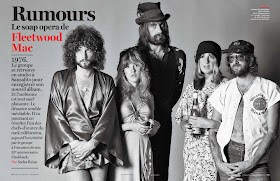 Look for the February, 2013 issue in France or anywhere else where french language magazines are sold... It's on newsstands now. Bono on the cover. 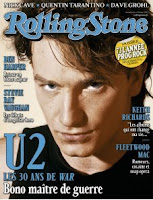