Review: Fleetwood Mac 'Rumours' The album that made divorce cool

Stevie Nicks, that five-foot-one-inch rock goddess in a floppy hat, one-time lover of cocaine, tranquilizers, Lindsey Buckingham, Don Henley and Mick Fleetwood, a woman who doesn’t just live in California but embodies that state with every fibre of her tiny, glittering, ragged-voiced, flat-ironed blond being, once said that “to be in Fleetwood Mac is to live in a soap opera.” And so it proved to be.

She went on to add, in a much more recent interview, that 2013 would be “the Year of Fleetwood Mac.” Here, again she was correct.

LEAH MCLAREN
The Globe and Mail 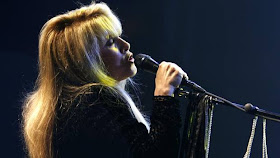 While classic-rock reunions come and go – a tedious conveyor belt of pot-bellied boomers in pleather pants desperately cashing in on youthful glory – this year’s much-anticipated reunion of Fleetwood Mac could not have been better timed. It’s been three and a half decades since the band members overcame their toxic web of mutual heartbreak, divorce and addiction, crammed themselves into a sweaty studio, and emerged with Rumours, quite possibly the most uplifting collection of breakup songs ever written. Just rereleased as a digitally remastered box set, the album, which produced four Top 10 U.S. singles, is the eighth-highest-selling album of all time.

In addition to the new release, the band is preparing for its most ambitious North American tour since the eighties. It won’t be a full reunion – Christine McVie, ex-wife of bassist John McVie (whose name accounts for the “Mac” in Fleetwood Mac) and one of the band’s best songwriters, will not be taking part, having long ago scooped up her royalties and permanently retired to the English countryside.

Full Review at The Globe and Mail

But that isn’t stopping the waves of adulation pouring forth from both sides of the pond for what is arguably the greatest British-American rock ’n’ roll fusion of all time – and the most drama-prone. In the band’s most famous incarnation, it was composed of two established couples: Stevie Nicks and her long-time partner, guitarist Buckingham; and the McVies; plus Mick Fleetwood on drums. By the time the Rumours tour was finished, Nicks had thrown over Buckingham, first for Henley (of the Eagles), and later for Buckingham’s best friend, Mick Fleetwood. The McVies divorced after Christine’s torrid affair with the band’s lighting director. Add soap, coruscating harmonies and guitar flourishes, and lather vigorously.

But Rumours is more than a big ol’ melodrama. It’s also the record that defined the baby-boomer generation. More than anything by the Beatles. More than anything by the Rolling Stones. It is that rarest of pop-cultural artifacts: a work of art in conversation with itself – a shifting dialogue of angry kiss-offs (Go Your Own Way, The Chain), sexual boasts (You Make Loving Fun) and earnest laments (Songbird) that sum up the emotional condition of a generation learning to live according to an individualistic ethic.

To put the album in context: The cultural shift we’ve come to call the generation gap was actually the popular emergence of the Freudian notion that self-discovery was the key to personal fulfilment. Fleetwood Mac’s original audience was the first generation to believe and act, en masse, as though it was their job to live not according to the circumscribed roles bestowed upon them at birth, but in keeping with Shakespeare’s maxim: “To thine own self be true.” Rumours, which came out in 1977, long after the dust from the sixties had settled, was essentially a pop paean to this new way of life.

The album was (and still is) the unofficial soundtrack of the culture of divorce – a string of easy-listening theme songs for a generation unchained from social expectation. Back in the seventies, the invention of the Pill, combined with the rise of feminism, dovetailed neatly with this new ethos, and a generation of women and men who once might have stayed in stifling marriages suddenly saw a practical way out. Fleetwood Mac, along with Erica Jong, Marilyn French, Sonny & Cher and ABBA, provided the common pop wisdom at the time. And the wisdom was simple: If you’re not happy, get the hell out.

For better or for worse, it’s a relationship mantra most of us live by today. Since the release of Rumours, we have come to see divorce as a disruptive but necessary liberation – something to be endured, overcome and succeeded at in the all-consuming quest to live a fully self-actualized life.

While the ideas in Rumours remain culturally pertinent, it’s the catchy tunes, breezy rhythms, genius guitar lines and lush harmonies that truly explain its ability to endure the test of time. Go into any hipster dive bar in Brooklyn, Parkdale or Hackney, and you are likely to hear it being played, alongside such contemporary inheritors of its sound as Haim, Bon Iver and Fleet Foxes.

The irony, of course, is that when Rumours was released, it was roundly rejected by the counterculture hipsters of the time – punk-rock fans – who saw it for the earnest collection of accessible soft-rock hits that it is. Could anyone have foreseen its eventual success as a generation-defining work of pop art? Certainly not the five baby boomers who made it – they were too busy getting wasted, having affairs and getting divorced. How nice, then, to know that people do sometimes get back together, even if it is only to cash in on their youthful glory.
Nickslive at Friday, February 01, 2013
Share