Mick Fleetwood: Christine McVie will visit with Stevie Nicks in LA after Hawaii Holiday with Mick

Mick Fleetwood: We miss Christine.. I'm hoping I can get her to rejoin
Jacqui Swift
The Sun 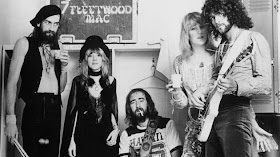 IT was one of the top-selling albums of the Seventies which turned Fleetwood Mac into the biggest superstars in the world.

But with all the broken hearts, tempestuous affairs and excessive drink and drugs, the making of 1977’s Rumours came at a price.

This week, almost 36 years after the seminal record hit shelves, an expanded and deluxe version of the album is released including original B-side Silver Springs, unreleased live recordings, outtakes, and documentary The Rosebud Film.

Rumours was huge, selling more than 40million copies, and made the entangled lives of Brits Mick Fleetwood, husband and wife John and Christine McVie and US couple Lindsey Buckingham and Stevie Nicks, one of rock ’n’ roll’s legendary stories.

Songs such as Don’t Stop, Go Your Own Way, You Make Loving Fun, The Chain and Dreams are as popular as ever today. With a world tour opening in the US in April and a UK tour planned for September, Fleetwood Mac are winning over a new generation of fans as well as their hardcore devotees.

When we meet in a west London hotel, 6ft 5in Fleetwood says: “There are young people who are so happy this tour is happening.”

Now 65, the drummer has a healthy tan after years of living in Hawaii but has retained his English accent.

He says: “It’s a new generation that have been turned on to our music. Rumours is our most famous album but it leads to all the others. It’s like someone finding a Neil Young album and going, ‘What? There’s more?’

“Sonically it’s a very clean, un-gizmoed record which has been a huge blessing. We didn’t call in a slick, Hollywood producer and there were none of the sound effects you hear in music today.

“We made a beautifully recorded album that worked. It’s all about the music, which I don’t think dates and still speaks for itself.”

The multi-platinum album, which debuted at No1 across the world and spent 31 weeks topping the US charts, looks set to re-enter the UK Top Ten on Sunday.

It’s already spent a total of 493 weeks on the Official Albums Chart to date and, for the band, it represents them at their most accusatory and confessional.

As he tugs away at his white beard, Fleetwood says: “As a band who were experiencing a breakdown of personal relationships, the music was the only way we could talk.”

Buckingham’s Second Hand News, Never Going Back Again and Go Your Own Way were about the guitarist’s troubled relationship with longtime girlfriend, singer-songwriter Nicks.

Her song Dreams has the line: “You say you want your freedom. Well who am I to keep you down?”. You Make Loving Fun, written by keyboardist Christine McVie after she’d started an affair with lighting director Curry Grant, and Don’t Stop had personal messages to bassist husband John, which were hard to bear.

Fleetwood reveals: “We communicated through music — which hurt.

“Imagine hearing what was going on with your partner through a song? As writers, they were saying they were angry and hurt through music which, yes, were pop songs, but had a certain darkness.

“Fleetwood Mac were really accessible musically, but lyrically and emotionally, we weren’t so easy. And it was our music that helped us survive. But all of us were in pieces personally. I was the only one spared as I didn’t have to work with my wife. Jenny and I had broken up and she was involved with someone that I knew really well. It was hard, but I knew why.”

Fleetwood then started a two-year affair with Nicks.

He says: “I had pretty much left Jenny anyhow and I was licking my wounds. It was a mess and there we were in the studio.”

In an earlier chat with Nicks, the singer told SFTW: “No one was willing to give up Fleetwood Mac — it just wasn’t an option.

“Whatever happened between me and Lindsey or the others, the power of the band and the music meant more.”

Fleetwood adds: “It wasn’t heroics, and it wasn’t easy but as Lindsey recently said to me, ‘We were brave — emotionally brave’.

“God, there are worse things that can happen to people, but when couples break up they don’t then immediately spend huge amounts of time with each other.

“It would’ve been easier for us all to run away than make Rumours.”

It wasn’t just in their personal lives that they were suffering. Drugs, especially cocaine, were everywhere in the studio — a bag always stashed under the mixing desk.

Fleetwood confesses: “Stevie and I were the worst offenders. We took it to the ‘nth’ degree.
“We were the last to get off the horse and although we try to put it in good humour, we were very lucky to get through all of that.”

Nicks’ cocaine addiction resulted in a hole in her nose.

She reveals: “A plastic surgeon looked at my nose and told me it would collapse if I carried on.
“My vanity made me stop. I didn’t want to be a dead drug addict — least of all one with a collapsed nose.

“I called Betty Ford (Clinic) straight away but then I was given the tranquiliser Klonopin to keep off the coke. That was worse — I couldn’t move or get up. I was out of it for eight years.”
It was all a long way from the band’s beginnings in the Sixties British blues boom.

Fleetwood Mac started out in 1967 under the helm of legendary guitarist Peter Green.

But when he quit in 1970 and success dried up, the band drafted in first Christine then later the American duo Buckingham and Nicks to give the band a new direction — and the hits just kept coming.

Since Fleetwood Mac last toured in 2009, there has been talk of a new album.

The four band members — Christine McVie quit in 1998 after her fear of flying stopped her travelling — have been in the studio but Nicks’ solo career has delayed work. Fleetwood says: “I did think at one point that we may never tour again. And for once I was public about how I saw it. I am the worrier of the band and need Stevie and Lindsey back or we can’t go on.

“Lindsey had quit quit the band just before the Tango In The Night world tour in 1987 but we got him back in 1992 thankfully. But Fleetwood Mac now could never continue without Stevie especially.

“The truth is she is the only member that can go out and still command a whole audience’s attention span — in her own right in her solo work AND as a member of Fleetwood Mac.

“Anyway, I aired my views and worries and I’m sure it freaked Stevie out because immediately she was asked by everyone if the band would ever tour again. And, of course, she wanted back in.

“Then me, Lindsey and John went into the studio six months ago, because we just wanted to start something. Stevie had been busy with her solo album and tour and she had just lost her mum. So we just put the idea of a new record on the back burner.

“But she’s been in the studio with Lindsey and sung on two or three of his songs and they had a fantastic time. There’s about seven songs in total.

“And on the tour we’re intending to play a couple of new songs as well as the ones we have to play or we’d be shot. But we might reapproach some songs in a totally different way.

“I know John is keen for us to play Crystal (from the cult 1973 Buckingham Nicks album) as that’s the song I heard when I invited Stevie and Lindsey into the band.

“We might even let the audience ‘pick a song’ via some technology on the night and do a mishmash of the songs chosen.”

The big news for devoted Fleetwood Mac fans is that the band are reuniting with Christine McVie.
Fleetwood reveals: “I spoke to her just before I walked through that door to speak to you for this interview.

“I’m seeing Chris here in London before I leave and even though she loathes flying and she’s never been back to the United States since the day she left, she is getting on a plane and flying to Hawaii with me. I’m going to hold her hand all the way — even if I have to handcuff it.

“We miss her and love her, and I hope I’m a part in persuading her to return.

“She’s going to come and stay for three weeks in Maui — I’m getting goosebumps just thinking about it.

John’s going to come over from Honolulu to see her.

“And then she’s going to LA to see Stevie, who misses her terribly and is really excited to see her.

“But it’ll be her decision. But we’d make her very welcome if she wanted to creep on that stage again.

“Fleetwood Mac are back and it’s going to be a great tour. It’s only right that Christine joins us too.”

Details of the September tour will be announced next week. See fleetwoodmac.com. O2 customers can get Priority Tickets to see Fleetwood Mac on their upcoming tour 48 hours before general release. To keep up to date text PRIORITY to 2020 or visit o2priority.co.uk/tickets to register.