The Sound City Movie made it's official debut in theatres around the world last night (January 31st) and on-line... If you pre-ordered the flick through the Sound City website, the download and streaming of the movie became available last night.  If you haven't watched it... You should!  Really well put together documentary on the famous studio and its console (Congratulations Mr. Grohl!).  Tons of Rock Stars in the feature with Stevie, Lindsey, Mick and Keith Olsen featured quite heavily in interview segments. Stevie has a great segment where she's shown recording her new song "You Can't Fix This" which sounds really great!  She even reads a letter (on Sound City stationery) she wrote to her family while she and Lindsey were in the studio recording Buckingham Nicks. 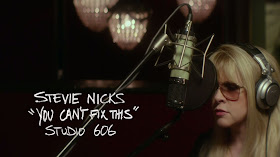 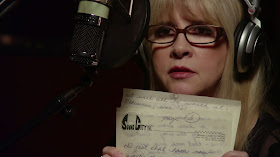 Plus there are a lot of really great photos of early Buckingham Nicks and early Fleetwood Mac in the studio.
Little known fact:
Buckingham Nicks' "Crying In The Night" was the first ever track
recorded on the Neve console at Sound City. 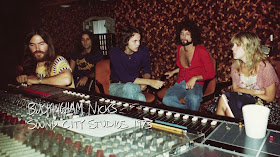 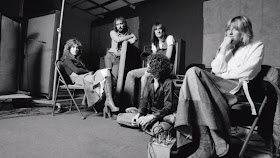 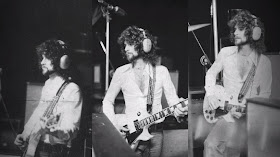 Anyway, if you like music, and or listening to stories on how some of the really great music of our time was made... Check out the movie, you'll enjoy it!  Buy and download from Sound City direct, or look for it in a theatre near you using the threatre listing at the Sound City website.  The DVD and Sound Track will both be released March 12th.

After the LA premiere at ArcLight Cinemas Cinerama Dome in Hollywood, The Palladium rocked for a further 3 1/2 hours with many in the film playing live to a sold out crowd.


Stevie Nicks was the final guest musician, performing 'Stop Draggin' My Heart Around', with Grohl filling in Tom Petty's role. She sang new song 'You Can't Fix This', from the soundtrack, which she told the crowd was about her late 18-year-old godson, who last year died of an overdose at a frat party. "In our day, we made a pact not to dance with the devil," she explained before the intense, gothic track. 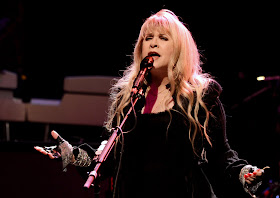