The legendary band Fleetwood Mac performed at the Mohegan Sun Arena on Saturday April 20th and The Hour's John Nash was there to capture these images from the show.  Click through here.... 39 Photos in the gallery. 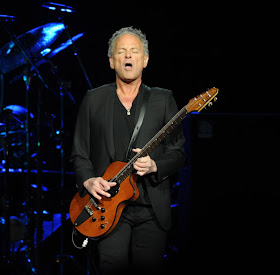 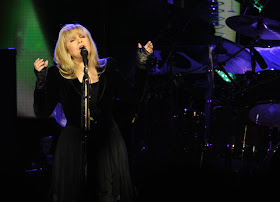 
UNCASVILLE: Fleetwood Mac performed a sold out show at Mohegan Sun Arena on Saturday night, offering up over two hours of music culled from a historic, Hall of Fame career. Now a quartet due to the departure of Christie McVie who has spurned the touring life, the group of Stevie Nicks, John McVie, Lindsey Buckingham, and Mick Fleetwood delivered 22 songs over the course of their set.

It was essentially a “greatest hits” styled performance, although the band did drum up a new song that Buckingham revealed would be part of an EP release due out in the week ahead. The song, “Sad Angel,” fit in well when bookended by the mid 70s hits “Rhiannon,” and “Dreams.”

Other than that foray into new material and a way-back peek at the Buckingham-Nicks song “Without You,” there were few surprises on the evening, unless of course you were expecting anything less than a raucous and inspired performance from a group that is in its fifth decade of touring.

As was the case with recent classic rock concerts from Eric Clapton and Bob Dylan, Fleetwood Mac has staked their claim on the arena concert circuit and aren’t likely to relinquish it until something better (or even as good) arrives to fill the void.

They opened with “Second Hand News,” and followed it with “The Chain.” After “Dreams” and “Rhiannon,” they were able to scrape the rust off of “Tusk,” pulling out the title track and the hit “Sara” before Buckingham’s solo acoustic version of “Looking Out for Love.” Nicks joined him on stage and the two offered a duet on “Landslide.”

“We have come to take you away from your everyday problems,” said Nicks at the start of the show. “The journey starts now.”

The journey included Buckingham and Nicks sharing an acoustic “Never Going Back Again,” a full band “Gypsy,” and “Gold Dust Woman,” and a Buckingham guitar solo that brought the crowd to its feet. The band closed out the set with “Stand Back,” and “Go Your Own Way.”

The encore began with “World Turning,” and a tolerable Fleetwood drum solo before the sing-along “Don’t Stop.” The band was called back for another turn and opened the second encore with “Silver Spring.”

SISTERS OF THE MOON:
WITHOUT YOU:
GO YOUR OWN WAY: