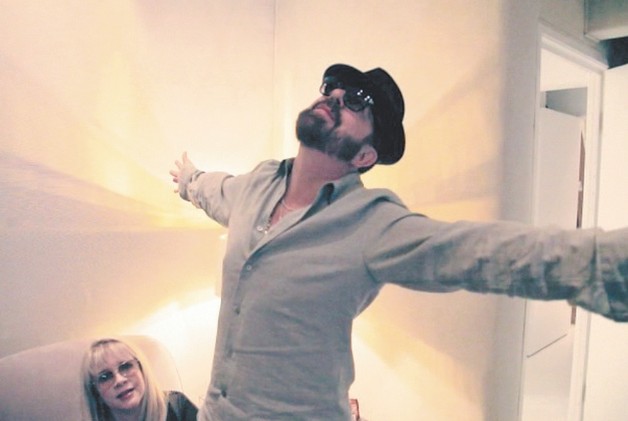 
Dave Stewart put on every one of his musical hats – producer, guitarist, songwriter – for Stevie Nicks’s 2011 disc, In Your Dreams. He adds feature film co-director to his artistic resumé with this documentary tracking the album’s creative process and probing Nicks’s personal history and inspirations. He talked with NOW about that collaboration and why it worked. Stevie Nicks: In Your Dreams screens at the TIFF Bell Lightbox April 15 to 18.

Given your history with Annie Lennox, it’s obvious you like to work with strong women.

It’s my favourite thing. It’s much more rewarding than working with dumb women. I like working with strong men, too – Tom Petty, Bob Dylan, Mick Jagger. They’re very vibrant thinkers. They have inquisitive minds so have much more to add to the process.

What makes you a good collaborator?

People have different ways of getting things done. Some people can be very controlling and not end up with what they want. But my way of working is to be not controlling and end up getting what I want. The smart thing to do is choose to work to with brilliant people. There’s less to do.

What surprised you about Stevie Nicks once you started creating together?

Her loyalty. She’s incredibly loyal to her fans and the people she’s worked with for years and years – her two backup singers in particular, her friends and her family. She’s kept all that private.

Then there’s her incredible work ethic – it’s unbelievable how hard she works. Most people wouldn’t think that about her. They remember her wild periods or imagine her as a kind of ethereal, floating figure. And then you get into the workplace with her and she’s running the ship.

She’s more erudite than I expected, talking about Keats and Edgar Allan Poe....

But fans know Stevie is that character who’s walked out of an Edgar Allan Poe poem. She talks about how when she was a little girl she was sure that everyone had this thing about Poe, and still to this day she thinks that, when really, no, probably not. She’s always had this side of her – romantic but wandering to the dark side, a kind of Gothic world of writing. She also has a huge connection to something mystical and otherworldly, and when you’re with her and she talks about it, she makes it convincing because she doesn’t talk about it in an airy-fairy way.

How did the film project come about?

When we first started making the movie, Stevie didn’t realize it could be a movie. She thought we were documenting stuff in case we forgot it. But then I did some editing, and when I showed her some of the stuff and suggested it could be part documentary, part something bigger, a snapshot of what happened but also a snapshot of how her mind works, she started to get more intrigued.

You recorded the disc in the living room of Nicks’s mansion – hard enough. But it must have been just as hard to shoot there.

I had a few people miked up, and some ambient microphones. There weren’t that many cameras, and the camera operators worked discreetly. We used those Canon cameras that use very little lighåt, because there’s nothing worse for an artist than trying to work with a bright light shining in your face.