No albums in the U.S. are on the main Top 200 Albums Chart, but there are still a few places you can find Fleetwood Mac making an impact sales wise in the U.S. 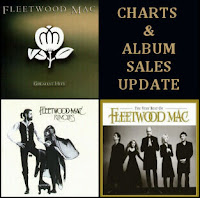 
2013 Tour Stats
It's early yet and hopefully more numbers will be published as the tour rolls on.  Here below are a couple of U.S. dates promoters provided to Boxscore for two of the smaller Fleetwood Mac shows in April and May. 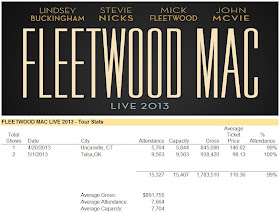