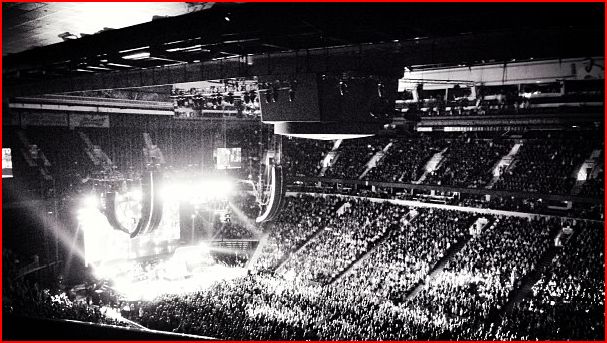 A love-in. That was last night’s Fleetwood Mac concert.

From the moment Mick Fleetwood bounded onstage, dropped his giant, lanky self behind his kit and started the drum roll leading into Second Hand News, it was on your feet and sing along to every song at Rogers Arena. On the basis of three albums made in the seventies, the second configuration of what began as a very fine UK blues-rock group has built a timeless legacy.

The sheer number of people at the show who weren’t even born when Rumours ruled the world in 1977 but knew every word was testament to that.

The quartet of Fleetwood (65), bassist John McVie (67), eternally tanned guitarist Lindsey Buckingham (63) and Stevie Nicks (64) still bring it. Sure, it’s a shame that singer/keyboardist Christine McVie (69) is out of the lineup again but the band has plenty of material she wasn’t a key part of.

Some winning material from the recently released iTunes only EP titled, creatively, Extended Play, was thrown into the Fleetwood Mac (1975), Rumours and Tusk (1979) heavy set. Sad Angel is certainly the group’s best song in decades so here is hoping the future album contains more of the same.

If not, no matter.

As the fluid-voiced Buckingham, made abundantly clear, songs such as Not That Funny and Tusk have actually aged extremely well. What was panned critically at the time for failing to match the impossible-to-equal Rumours is a fine album. One that the group still wants to get a fairer shake based on Buckingham’s comments about “taking a good idea and grinding it into the ground before moving on.”

Tusk tunes such as Sisters of the Moon and Sara certainly gave Nicks, ample opportunity to show that she can still carry the body of the songs. With back up singers to clean up the high notes she can’t reach anymore and provide a tad of the warmth that was occasionally missing, the singer’s haunting way with a lyric rang true.

For his part, Buckingham proved why he has been such a critical component to the band’s success.

His fingerpicking all night was searing and hit show-stealing on his solo acoustic take of Big Love from Tango In the Night. It was obvious that Nicks’ tour de force Landslide would follow. It did and Never Going Back Again rounded out the strumming Buckingham/Knicks portion of the show.

Without You, a re-discovered tune from the duo’s pre-Mac days that is also on the new EP brought the full band back. Again, a bit of proof the old dog may have some new(er) tricks left in it.

Frankly, after hearing that heavy version of Gold Dust Woman it is hard to believe a Grunge era band didn’t get on the cover wagon. For the bass lines alone, the song burns.

After 20-plus tunes, nobody left last night unsatisfied. Unless, that is, you wanted to hear Oh Well or the Green Manalishi which this version of the band has probably never played. That was another time and predates the string of near perfect pop songs such as Go Your Own Way. But by all means go back and check out earlier ‘Mac too.

Given last night, the next album could prove well worth a listen too.

Fleetwood took the stage—along with the current Fleetwood Mac lineup of singer Stevie Nicks, guitarist-vocalist Lindsay Buckingham, and bassist John McVie—and proceeded to show that a capering 65-year-old codger can still be a force of nature behind the kit. The foursome was supplemented by a second guitarist-vocalist, a keyboard-vocalist, and two backup vocalists, so there was plenty of younger vocal cords on hand to help Nicks (64) and Buckingham (63) hit those high notes.

After a couple more Rumours gems, "The Chain" and "Dreams", the band pulled out a new composition from Extended Play, the four-song EP it released on iTunes a few weeks back. "Sad Angel" is a jangly rocker slightly reminiscent of "Go Your Own Way", sans its melodic allure.

The group would showcase one other new tune, "Without You", a rerecording of a pre-Mac, Buckingham/Nicks demo that, as Nicks explained in a rambling introduction, resurfaced on YouTube recently. Unfortunately the song—based on a poem she wrote for Buckingham early on in their relationship—came off a little on the humdrum side.

Apart from the two middling new tunes, it was golden oldies all the way, which was what everyone had come for anyway. The band performed seven of Rumours' 11 deathless tracks, and four each from the 1975 Fleetwood Mac and '79 Tusk albums. Three tracks from the eighties went over extremely well, including the Nicks-sung "Gypsy" (from 1982's Mirage) and "Stand Back" (from her '83 solo album The Wild Heart). One of the night's biggest highlights was "Big Love", a track from 1987's Tango in the Night that boasted ace fingerpicking from Buckingham.

As crowdpleasing as the setlist was, it would have been nice if it had touched ever-so-briefly on the band's history prior to its multiplatinum success. It would have been cool to hear Fleetwood snapping off that triple-time intro to 1973's dreamy "Hypnotized" as an homage to former member Bob Welch, who died last summer.

Even better, they could have selected one tune from the group's late-'60s blues-rock era, when guitar legend Peter Green was in the fold. I can totally picture Buckingham singing lines like: "I can't help about the shape I'm in/I can't sing, I ain't pretty and my legs are thin/But don't ask me what I think of you/I might not give the answer that you want me to." 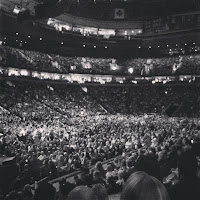 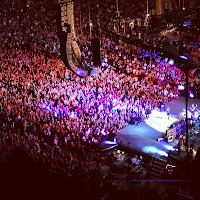 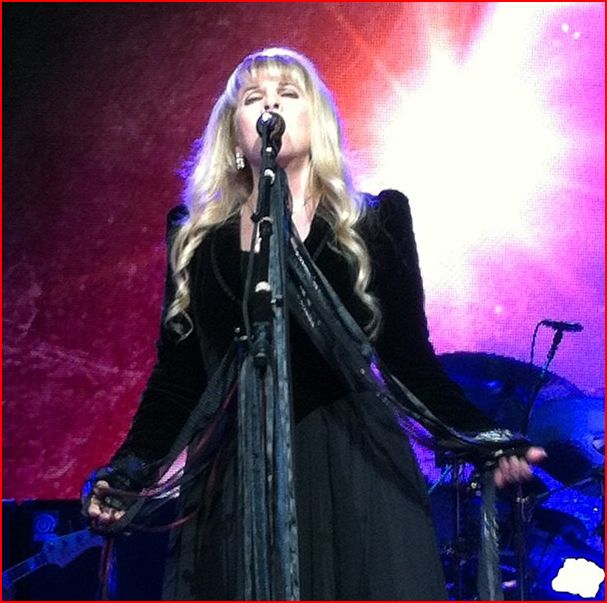 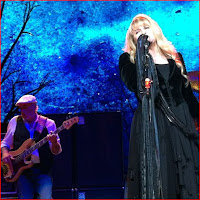 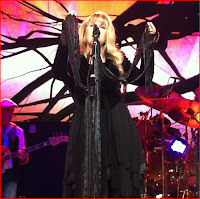 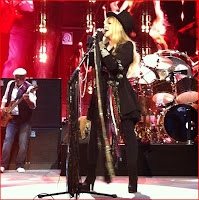 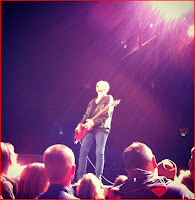 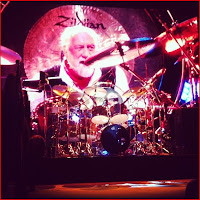 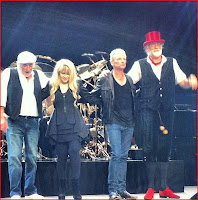 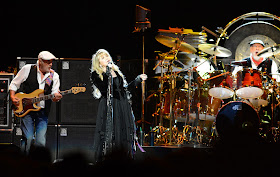 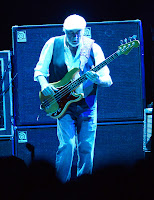 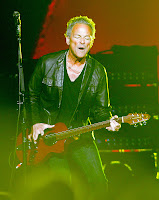 It was an incredible show and experience tonight... I'm not just saying that, it truly was!  More about the Mick Fleetwood Meet and Greet where Lindsey was the added bonus for a few minutes, plus photos.