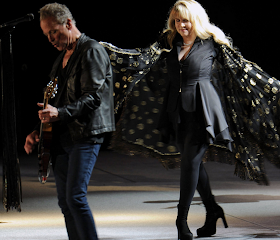 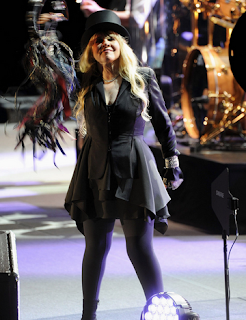 Before the final song of the band’s two and a half hour long set at the Tacoma Dome on Monday night, Fleetwood Mac guitarist and latter-day creative force Lindsey Buckingham stepped to the microphone and proclaimed, “Sometimes it takes losing a set of illusions to move forward.” While he may have been referring to his oft-discussed and long dormant romantic relationship with his band mate Stevie Nicks, the same sentiment could be applied to expectations for the band’s performance that evening.

No this wasn’t the same powerhouse that dominated popular music in 1977 – the hair was a little grayer, the movements on stage a little more deliberate – but Fleetwood Mac still managed to deliver a solid set of timeless music that brought the thousands in attendance to their feet for nearly the duration of the show. 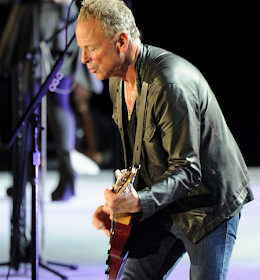 The night began with a touching gesture as Buckingham and Nicks took the stage hand-in-hand lending the crowd a visual cue that each was willing to put their respective feelings of acrimony behind them. If they were ready to forget their own personal histories however, they were just as quick to delve into their musical past opening the night with a one-two-three punch of songs off the astronomically successful album, Rumors; “Second Hand News,” the first track off the album followed by “The Chain” and then “Dreams.”

It was clear from the start that Buckingham was to be the focal point of the evening and his performance both vocally and on guitar was transcendent. Buckingham, who drummer Mick Fleetwood later referred to as, “Our inspiration and our mentor,” was given much of the burden of moving the show along and providing the necessary flourishes that kept the songs from drifting too far into stale renditions of over-played material. His solo on “I’m So Afraid” in particular stood out for both its intensity and technical wizardry.

However much Buckingham proved throughout the evening to have sidestepped the effect of passing years on his musical prowess, the same could not be said singer Stevie Nicks. It was evident early on that Nicks has lost a bit of her vocal top-range – the iconic falsetto on “Rhiannon” was noticeably absent. She was, however, still able to solidly belt out each number with a steadiness that proved admirable. Accompanied by Buckingham alone on acoustic guitar, Nick’s rendition of “Landslide” – always a crowd favorite – was delivered expertly and with a great deal of precision. 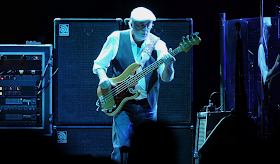 The rhythm section – the Fleetwood and Mac in Fleetwood Mac as it were – was, as expected, on point throughout the evening. John McVie’s bass proved to be the solid rock and foundation of each number. His technical ability combined with his comfortable setting near the rear of the stage rendered him almost an afterthought; something taken for granted. Mick Fleetwood on the other hand was a force that refused to be ignored and throughout the evening slammed all the power that his 6’5” frame could muster into each hit on the snare and kick on the bass. 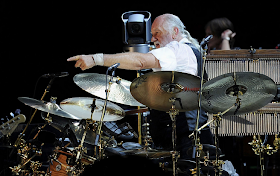 Amid an evening soaked in nostalgia – Fleetwood himself was garbed in the same outfit he wore in the cover photo of Rumors, down to the balls dangling listlessly from his waistband – there were signals that the group intended to carry on. Selections from its latest offering, Extended Play, were interspersed amongst the old standbys in the setlist to great acclaim from the audience. Buckingham himself declared that there are, “a few chapters left to be written in the book of Fleetwood Mac.” If Monday’s performance proved anything, it was that while they may have lost a step or too in some regards, and may be more than a little too reliant on their back catalog, Fleetwood Mac still has it and aren’t quite ready to say goodbye just yet. 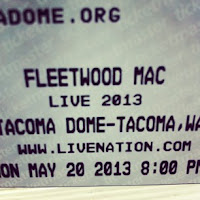 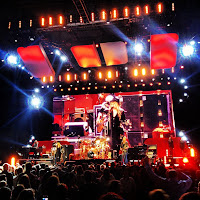 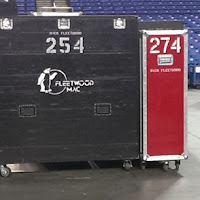 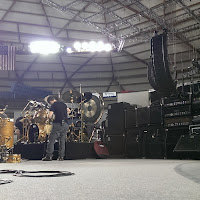 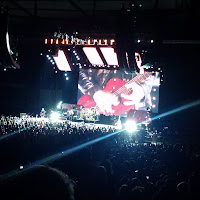 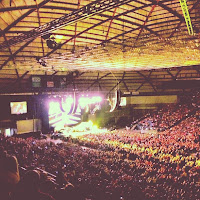 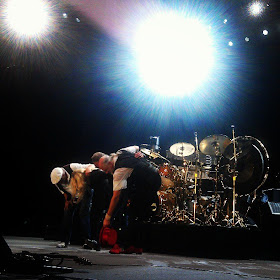 Above photo by: DaniCanoelle
Nickslive at Tuesday, May 21, 2013
Share