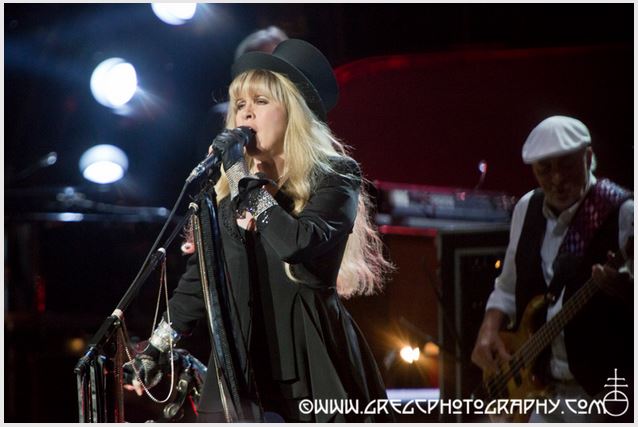 The Brooklyn Vegan website posted an amazing assortment of photos, like the one above by Photographer Greg Cristman, of last nights Jones Beach show.  The photos are captures from through out the show and what's really great to see are really great shots taken during the entire show!  Whether Greg was granted permission or not I'm not sure but over the course of this tour, professional photographers have been limited to taking photos of the band only during the first 3 songs of the night and from the soundboard area - hence the reason all the photos kind of look the same from each tour stop. These are a prime example of the missed moments not captured by professionals of the band in each city.  They should change that policy!

Check out the Brooklyn Vegan site for more of Greg's work.

Also, according to Greg C. all those photos on the Brooklyn Vegan site, and possibly more, will be uploaded to his flickr page on July 6th after the exclusivity deal with Brooklyn Vegan expires.  He also indicates his photos will also be for sale.

If you blinked last night at Jones Beach you may have missed it during all the excitement of "So Afraid", but Lindsey actually wiped out right near the end of the song just after hitting one of his foot pedals.  He likely was caught with the cord right behind him.  Reminds me of the time in Vancouver back in either 2006 or 2008 during his solo show, he kind of did the exact same thing, was backing up near the end of a tune and dropped to the ground, feet in the air... all the while still playing.  It happened in a split second and if your head was turned the other way for just a moment, you would have missed it.  He survived that and survived this as evident in the video below.

LANDSLIDE:
Dedicated to Jada Yuan who wrote the awesome "Stevie Nicks, the Fairy Godmother of Rock" ariticle in New York Magazine a few weeks ago.  If you haven't read it, check it out now here.

And also to Doug Morris, the President of Atlantic Records (back in the day) When Stevie first signed her solo recording career contract prior to releasing Bella Donna.

Below photos by Sara @SteviesSara... Thanks Sara! 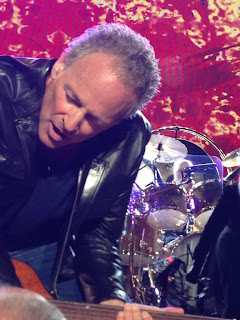 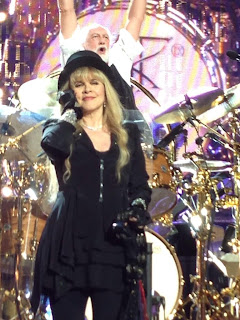 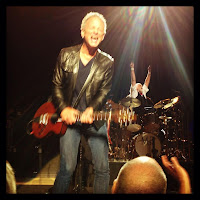 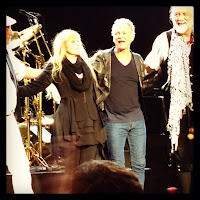 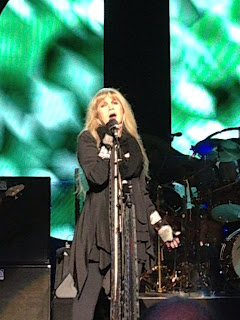 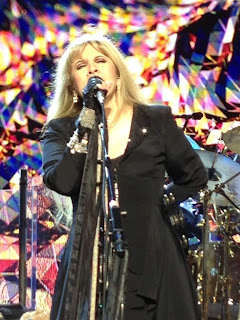 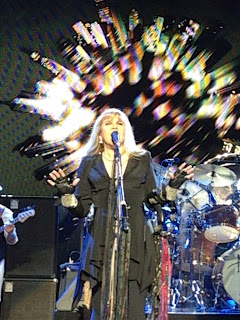 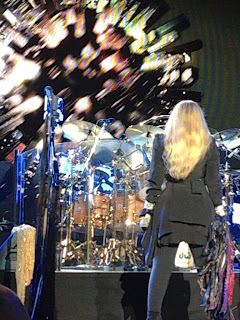 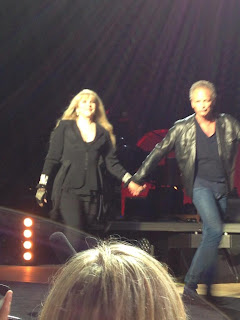 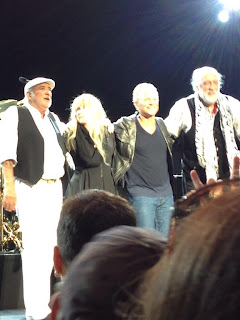