REVIEW: Fleetwood Mac Live in Sacramento... The end of the line. 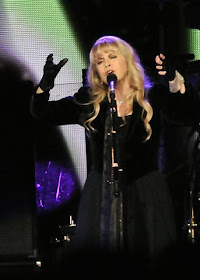 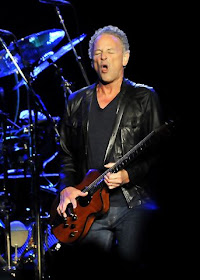 On tour for the first time in three years, Fleetwood Mac played Sleep Train Arena Saturday night, and it is now safe to say they made up for their cancelled show four years ago. Sacramento was the last stop in the U.S., so the group was ready for a much-needed break, and this fueled them to play a great show. Mick Fleetwood, John McVie, Stevie Nicks and Lindsey Buckingham played for almost three hours, even after starting the show a little late. At the end of the show and after two encores, Nicks and Fleetwood remained onstage and spoke, both loquaciously grateful to their lifetime fans. Those in the crowd were just as appreciative to have another chance to hear such a classic group from their past.

To start the show, Buckingham and Nicks walked out onto the stage hand-in-hand, much to the delight of the audience. Everyone looked happy to be on stage performing again, and Buckingham even went as far as to vocalize it.

“…It appears that there are still quite a few chapters left in the book of Fleetwood Mac!”

GO YOUR OWN WAY
TUSK

Since “Fleetwood Mac Live 2013” marks the 35th anniversary of “Rumours,” the group made sure to play from the album right off the bat. They didn’t stop there, but also included songs from their many albums, “Tusk,” “The Dance” and their new EP, “Extended Play,” among them.

Everyone in the audience had a favorite song, and what was amazing was that it was never the same as the person next to them. Drummers loved Fleetwood’s enthusiastic drum breaks, and those who had a hankering to play guitar—either now or in earlier years—loved Buckingham going solo in “Big Love.”

Buckingham gave it his all and the audience just ate it up. He rarely left the stage, and when he did, it was for just seconds and a guitar switch. Overall it was really Buckingham that ran the show. Whether alongside Fleetwood Mac or touring on his own, he is clearly still at the top of his game.

One after another the hits came, and during “Landslide” everybody took a moment to remember. All around it was still, and people were somewhere else, in another time and possibly with another person. There was a sway to the audience and dreams, past or present, floating about in the air. We are getting older, yes, but that voice hasn’t changed a bit. If anything, it's getting richer.

The moment was only somewhat repeated during “Silver Springs.” Audience members were so riled up by that point that the cheering didn’t fully cease. The ballad was sung during the second encore and at the end of a memorable night, everyone was appreciating what Fleetwood Mac, and in particular what Nicks’ voice, could do.

This was my moment to think back, although admitting exactly how is certainly going to date me—and not in the way you’d expect. “Silver Springs” was the one that made me a convert. I remember thinking, “Who is this?”

Like so many others in the crowd around me, I was taken back to the moment when I first fell in love with the voice of Stevie Nicks. I was back shooting hoops in the barn in middle school, the smell of dust on my fingers—half soil, half WD-40.

“Gypsy” was another great moment. It was then that Nicks really let go. Instead of a drum break, there was a lovely dance break, enchanting witchcraft gypsy style.

An acoustic Nicks and Buckingham duet, “Say Goodbye,” sent everyone home. Throughout the show, Nicks was affectionate towards Buckingham in a sweet and intriguing way that made you wonder if their relationship was really over. It was during this last song that it really hit a chord. Perhaps this is just how rumors start, but there seemed to be a sad tune of unrequited love in the air. Let’s hope they make one more album about it.

Their current world tour began in April and will continue to Europe, after which the group will carry on to Australia for the end of the year. Continue to follow the tour on Twitter with the hashtag, #FleetwoodMac2013. Their new EP, released in April, can be purchased on iTunes. The release of “Extended Play” is in addition to the re-release of “Rumours” in the form of a deluxe edition that includes live tracks. Watch their website for more updates because they’ll be back, Fleetwood said so.
Nickslive at Tuesday, July 09, 2013
Share