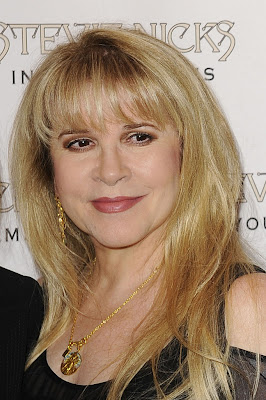 This is Local London


FLEETWOOD Mac are back touring for the first time in four years and heading for the O2 arena for three dates at the end of the month.

Singer Stevie Nicks said explained now was right to bring the band back.

“We were gone long enough that it was us coming back.

“I told the press last year that 2013 was going to be the year of Fleetwood Mac. And I was just hoping with all my heart that this big statement was gonna come true.”

And the show is not to be missed, the singer said.

“When people in Britain see the show they’re gonna be blown way,” she said. “Honestly, rock bands that are 30 years old would baulk at this schedule and at the amount of songs we’re doing and the length of the show.

The 65-year-old, who joined the band in 1975 for its most successful period, was one of the first female rock icons.

She said: “We were feminists, and we fought for the feminist movement. And I see that starting to be lost a little bit now.

“I see women being more willing to be put in their place today. I can’t exactly put my finger on it, what it is. But I see something changing, and I see girls being not quite as willing to take a stand.”

With a tempestuous relationship with one of her band mates leading to one of the biggest-selling albums of all time, Rumours, Stevie knew not to mix the personal and professional a second time.

She said: “I wanted to work with Prince. And I was smart enough to know that if you start having a relationship with somebody, you’re never gonna work with them.

“Prince is such a strange and beautiful guy.

“He wanted to be my friend; I don’t know if he wanted any more than that. But I know that he wanted to hang out.

“We lived in two different worlds. That’s when I was totally a drug addict and Prince is the other side of drug addict – Prince is straight as an arrow.

“He would bring me cough medicine when I was sick and then I’d ask for another spoon of it, and he’d go, ‘I didn’t come her to start you on a new drug!’ So I realised that that was not gonna work out.

“We’re two really famous rock’n’roll stars, and I’m a drug addict, and he’s not, so these paths are not gonna meet ever well.

“But if I needed Prince I’m sure he would come and help me.”
Nickslive at Tuesday, September 17, 2013
Share