co-founder of Fleetwood Mac, Mick Fleetwood wants to make at least one more album before they "shut up shop" 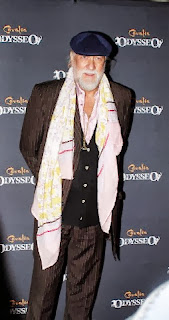 Fleetwood Mac co-founder hopes for one final album
The drummer and co-founder of Fleetwood Mac, Mick Fleetwood, has said he wants to make at least one more album before they "shut up shop".

In an interview with Absolute Radio, Fleetwood said: “I don’t know whether it is five years or seven years or it could be eighteen months. I hope that whenever that happens that it is done gracefully".

The band have been going for almost 50 years and recently toured Britain before embarking upon a series of European dates.

Listen to the full interview on Absolute Radio’s Sunday Night Music Club on 13th October from 10pm or at www.absoluteradio.co.uk/listen/
Nickslive at Thursday, October 03, 2013
Share