Fleetwood Mac: John McVie's undisclosed cancer was caught early enough and he is in good spirits 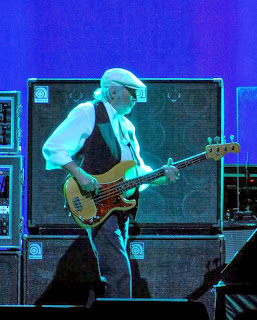 John McVie's undisclosed cancer was caught early enough and he is in good spirits -- at least according to John Mayall, who employed McVie in the Bluesbreakers before he left to join Fleetwood Mac.

Mayall told 94.5 3WS he called his friend and says McVie is "very optimistic and together on it because it's such an early stage that it is treatable... He didn't seem like an ill person on the phone."

As a result of the treatments McVie is undergoing, Fleetwood Mac's Australian tour has been canceled, but their December 30th show in Las Vegas is still on their schedule.